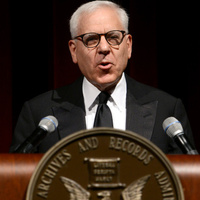 David Rubenstein net worth: David Rubenstein is an American billionaire businessman who has a net worth of $3 billion dollars. That makes him one of the richest people in Maryland. Born in Baltimore, Maryland, David Rubenstein graduated from Duke University, and then went on to earn his law degree from the University of Chicago Law School. After working as a lawyer for a number of years, and as a domestic policy advisor to Jimmy Carter, Mr. Rubenstein co-founded the Carlyle Group. The company grew into a massive private equity firm, largely built on Mr. Rubenstein's political connections. Using tips from his friends on Capitol Hill and overseas, including former President George Bush and former Prime Minister John Majors, Mr. Rubenstein, and the Carlyle Group, purchased defense-related companies, and then sold them for a profit. The Group currently manages nearly $148 million in investments. They went public in the fall of 2011. In addition to working with the Carlyle Group, Mr. Rubenstein is involved with multiple non-profit organizations, including both the Lincoln and Kennedy Centers.