David Karp net worth: David Karp is an American internet entrepreneur who has a net worth $200 million dollars. David Karp is an entrepreneur and programmer who first worked in animation and then moved to software consultation while still in his late teens. With his parent's blessing, Karp dropped out of high school and was home schooled for three years while he pursued his entrepreneurial dreams.

His first big break came when he was promoted to head of Product at a company called UrbanBaby which was acquired by CNET for millions of dollars in 2006. In February 2007, Karp co-founded Tumblr, a popular blogging platform with his partner Macro Arment. Within two weeks, Tumblr had 75,000 users and today it has over 100 million active blogs. He was born on July 6, 1986. Tumblr reportedly had revenues of $15 million in 2012 and is on pace to bring in $100 million during 2013. In May 2013, search engine Yahoo was reportedly looking to acquire Tumblr for $1.1 billion! 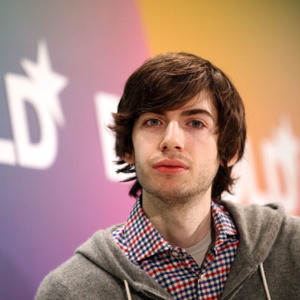