What is Daniel Ek's Net Worth?

Daniel Ek is a Swedish billionaire technologist and entrepreneur who has a net worth of $5 billion. Daniel Ek co-founded and serves as the CEO of the music streaming service Spotify. Spotify was founded in 2006 but was exclusively available in Europe for several years.

Today Ek owns around 9% of Spotify. When Spotify went public in April of 2018 at a valuation of $28 billion, Ek was left with a paper net worth of around $2.6 billion. At the time of the IPO, Spotify had 71 million paying subscribers and $5 billion in annual revenue.

Before Spotify Daniel had a senior role in the Nordic auction company Tradera, was the CTO of the game and fashion community Stardoll, and was the CEO of the adware client uTorrent. Ek also founded the online advertising company Advertigo, which sold to TradeDoubler in 2006.

Daneil Ek was born on February 21, 1983 in Stockholm, Sweden. As a teen, he went to IT-Gymnasiet in Sundbyberg. Ek had his first foray into the world of business at the age of 13, when he started making websites for various clients. Starting at a rate of $100 per website, he eventually began charging $5,000. To help expand this business, Ek enlisted students from his class to work on the websites at their school's computer lab. By the age of 18, he was making $50,000 a month and managing a team of 25 people. Ek went on to enroll at the KTH Royal Institute of Technology to study engineering, but ultimately dropped out to pursue his IT career.

One of Ek's first major positions in the professional world was at Tradera, a Swedish-based online marketplace that was founded in 1999. He served a senior role at the company, which sells both new and secondhand items such as clothing, electronics, and art. The service accommodates both commercial and private sellers, and allows international buyers to participate through a registered PayPal account. Tradera was eventually acquired by eBay in 2006.

Another venture Ek was involved in was Stardoll, a browser-based game and fashion community he served as the CTO of. As part of the community, players are able to create their own virtual dolls, or choose existing celebrity dolls to dress up in different styles of makeup and clothing. Players can use in-game currency to buy beauty, apparel, and decor items, and can also participate in numerous challenges and mini-games. While open to everyone, Stardoll is particularly focused on providing a space for teenagers and young women to express themselves and socialize with others from around the globe.

The first company founded by Ek was Advertigo, an online advertising company. In 2006, it was purchased by the Swedish digital marketing company TradeDoubler. Following this, Ek temporarily became the CEO of the proprietary adware client uTorrent, working alongside the company's founder Ludvig Strigeus. Ek left his position when uTorrent was acquired by BitTorrent in December of 2006. 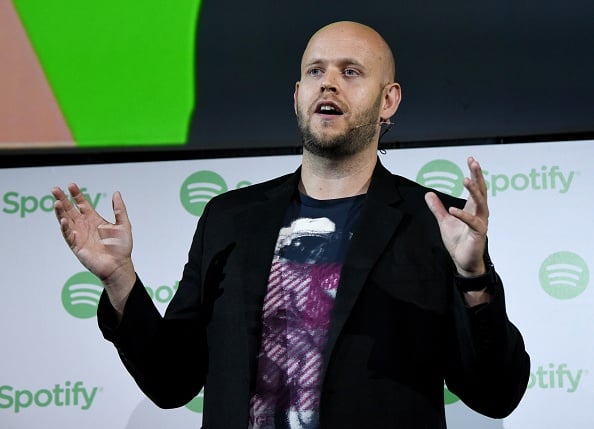 After selling Advertigo, Ek had enough wealth that he chose to retire. However, within a few months of this decision, he came to the realization that he wanted to start a new project. This led to the founding of Spotify in 2006. Ek initially had the idea for the service in 2002, when peer-to-peer music service Napster shut down. Shortly after founding Spotify, Ek incorporated the company with former colleague Martin Lorentzon. In October of 2008, they launched Spotify's legal music streaming service. It originally ran on a peer-to-peer distribution model, but switched to a server-client model in 2014. Ek is the CEO of the company, and became chairman in 2015 when Lorentzon stepped down from the role.

With more than 365 million monthly users, Spotify is one of the largest music streaming services in the world. Its content library includes digital copyright restricted music and podcasts, encompassing over 70 million songs from media companies and record labels. Spotify has raised billions of dollars in venture funding since its release. Moreover, Spotify Enterprise Value has risen to more than $58 billion, giving Ek a share of $6.3 billion.

Ek has been vocal in his criticisms of the Swedish government, specifically the restrictions it places on up-and-coming programmers. In 2016, he and Spotify co-founder Martin Lorentzon penned an open letter to the government on the blogging platform Medium, declaring that they would relocate Spotify from Sweden if certain changes to housing, education, and taxation laws were not made. Ek claimed that the country's high taxes on stock options make it difficult for programmers to work at startups, which have to compete with bigger companies on salary.

In 2016, Ek wed his longtime partner Sofia Levander at Lake Como in Lombardy, Italy. Actor and comedian Chris Rock officiated the wedding, while singer Bruno Mars performed. Among the guests was Facebook founder and CEO Mark Zuckerberg. Together, Ek and Levander have two children.

A lifelong supporter of the Premier League club Arsenal, Ek made an offer to purchase the club for around £1.8 billion in 2021. However, he was turned down by the owners. 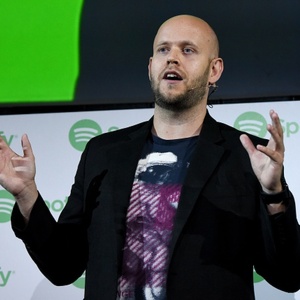