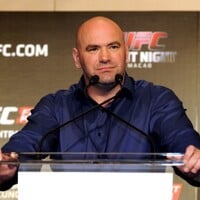 What is Dana White's net worth and salary?

Dana White is an American businessman and sports promoter who has a net worth of $500 million. Dana White is best known for being the current President of the Ultimate Fighting Championship (UFC), a mixed martial arts organization.

When UFC sold to William Morris Endeavor (WME) for $4 billion in 2016, Dana owned 9% of the organization. He had previously sold the majority to the Fertitta brothers (billionaire casino magnates). After taxes, Dana's 9% cut from the sale was around $360 million.

Dana Frederick White Jr. was born on July 28th, 1969 in Manchester, Connecticut. He is the son of June and Dana White. Dana and his sister Kelly were mostly raised by his mother and grandparents. He spent his youth going back and forth between Las Vegas and Maine. While growing up, White spent much of his time involved in sports, particularly boxing, and is a lifelong fan of the baseball team the Boston Red Sox. He graduated from Hermon High School in Maine in 1987.

White went on to attend the University of Massachusetts, though he did not finish. While he was there, he opened up a boxing program for at-risk children in the inner city. To make a living during this time, he also became an aerobics instructor. Eventually, he relocated full-time to Las Vegas and, in 1992, established Dana White Enterprises.

It was around this time that he began managing fighters Chuck Lidell and Tito Ortiz. White continued to expand his horizons into other styles of fighting, including Mixed Martial Arts and Muay Thai, styles that would later come to define the UFC.

Luckily for White, he had grown up with Lorenzo Fertitta, a former high school classmate who had made a name for himself as an executive at hotel and casino company Station Casinos. The two reunited at a wedding in the mid-'90s, bonding over their shared love of boxing and stating that they hoped to work together in the future.

It was while managing fighters that White became embroiled in disputes with the UFC. After looking into the finances of Semaphore Entertainment Group, the parent company of the UFC, he found that they were going broke. At learning the news, White approached his childhood friend, Lorenzo Fertitta, about making an offer.

Lorenzo quickly saw the profit that could be had and he made a deal to buy the UFC. Lorenzo also invited his older brother Frank to get in on the action. In total, the Fertitta brothers paid $2 million in 2001 for an 81% ownership stake in the UFC. They soon appointed White as president. In the years since buying the UFC, White and his team have taken the organization, which used to be seen as barbaric and illegal, and turned it into an international phenomenon.

White has continued to act as president, even after the sale of the company. Under his leadership, he has been able to increase the popularity of the sport and turn it into a multi-billion dollar business. The UFC announced in May 2017 that White would be the host of a show called Dana White's Contender Series. The show is only available through UFC's digital streaming service, UFC Fight Pass. It features up-and-coming fighters and gives them the opportunity to showcase their skills so that they may one day make it to the UFC. White revealed on March 18, 2019, that he had penned a new seven-year contract with ESPN to remain the UFC president. 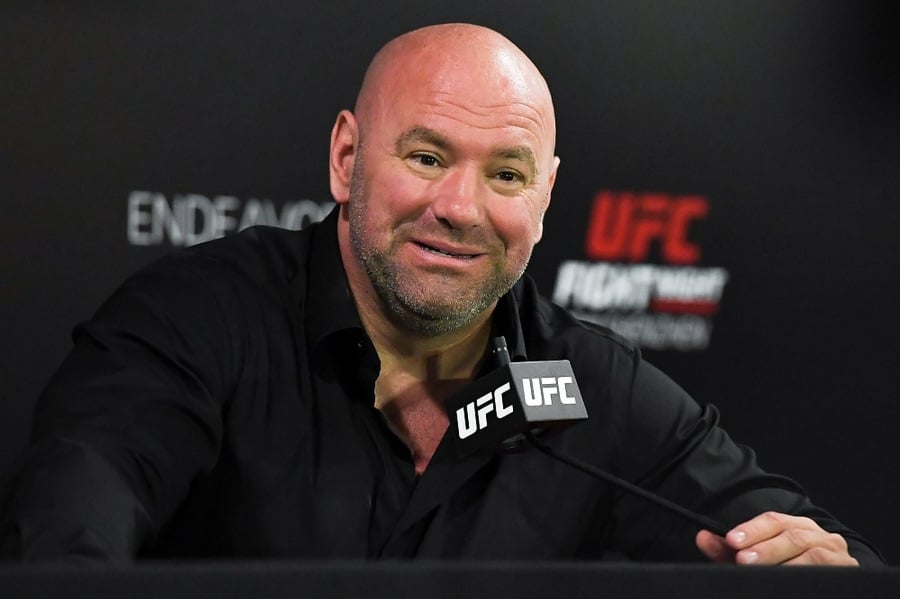 White used derogatory and explicit language in 2009 towards reporter Loretta Hunt when she ran a report about him that he was upset by. He used anti-gay slurs when referring to sources of her reports. GLAAD called for White and the UFC to apologize for the anti-gay slur, which he subsequently did.

White has been married to his wife Anne since 1996. The two met when they were in the eighth grade. The couple has two sons, Aidan and Dana III, and a daughter named Savannah. White prefers to keep his family life private.

In May 2012, White announced that he had been diagnosed with a neurological disorder known as Ménière's disease, which White claims was brought on in large part because of a fight he was a part of as a youth.

White was an ardent supporter of Donald Trump in his first presidential bid, even going so far as to speak at the 2016 Republican National Convention in Cleveland, Ohio. During Trump's 2020 reelection campaign, White again lent his voice to support the president, speaking at rallies and interviews to share how Trump was one of the UFC's early supporters, allowing one of its first major events to be held at one of his properties.

White donated $50,000 dollars for a liver transplant in 2010 for Tuptim Jadnooleum, the daughter of one of the instructors for Tiger Muay Thai. White donated $100,00 in 2011 to his former high school for renovations.

White won the Nevada Sportsman of the Year award in 2009. He won Promoter of the Year nine years in a row at the Wrestling Observer Newsletter Awards. White was named Leading Man of the Year at the World MMA Awards every year from 2008–2019. The Armed Forces Foundation gave White the Patriot Award in 2019.

Prior to selling the company, Dana owned 9% of the UFC. In May 2016, it was reported that the Fertitta brothers were in advanced talks to sell the UFC for as much as $6 billion. At that valuation, Dana's 9% stake would have been worth $540 million. In July 2016, it was confirmed that UFC had been sold to talent agency WME-IMG for $4 billion. That's $360 million before taxes for Dana.