Cynthia Stafford net worth: Cynthia Stafford is an American businesswoman who has a net worth of $10 million. She is best known for winning the $112 million dollar California lottery in 2007. She split the winnings with her father and brother.

Before 2007, Cynthia Stafford was raising five children and struggling to pay the bills. She claims she used to lull herself to sleep at night by imagining she was holding a winning lottery check. On Mother's Day of 2007, she bought the $2 lottery ticket that changed her life. Upon receiving her winnings, she split the money with her father and brother, and then started a production company. From there, she went on to invest in great projects and real estate properties, and has become quite successful as a result of the lottery win.

She eventually founded Queen Nefertari Productions LLC. At its peak, Queen Nefertari Productions was packaging and financing 3-4 feature films per year. Queen Nefertari Productions released two award- winning films Polish Bar and The Inheritance. Cynthia Stafford hsoted an online talk show called, Hearts of Angels Network with Cynthia Stafford which focused on drawing attention on local charities in the Los Angeles area. In addition to her dramatic transformation professionally, she is also known for being incredibly philanthropic, focusing on empowering people through education, particularly children with special needs, and in support of women's rights. Stafford admits that she still plays the lottery every week. 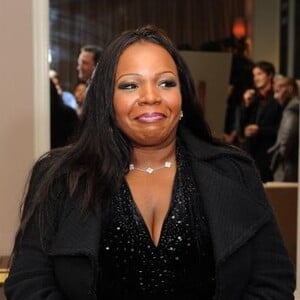