Cristina Stenbeck Net Worth: Cristina Stenbeck is a Swedish American business woman who has a net worth of $525 million. She made her way to riches as owner of Investment AB Kinnevik, one of the largest family-controlled corporations in Sweden. Namely, she is the chairman of the investment company which has been successfully operating since 1936.

Born Cristina Mayville Stenbeck on September 27, 1977 in New York, USA, she has three more siblings and is the granddaughter of Hugo Stenbeck, co-founder of the company she owns now. Cristina took over control of the business when her father, who was the chair at the time, died from a heart attack in 2002. Cristina completed her Bachelor's degree in Science in 2000 graduating from Georgetown University, in Washington, D.C. Her business career started in 1997 when she joined a subsidiary of Investment AB Kinnevick. Then she officially took the leadership of the company in 2003, making substantial changes ever since. Strictly speaking, she has been able to simplify the structure, to consolidate ownership of the company and increase its transparency. Thanks to her vision of expansion; Investment AB Kinnevik now operates in more than 80 countries. The overall net assets of Kinnevick are estimated at SEK 200 billion. Cristina is also the chairman of a philanthropic organization named "Reach for Change" foundation, which promotes entrepreneurship in Africa, Scandinavia, Russia, and CIS. In 2012, she was awarded the Swedish Royal Patriotic Society business for her outstanding contributions as a business woman. Cristina has been married since September 2005 to an English business man, Alexander Fitzgibbons. They currently live in London with their three daughters. 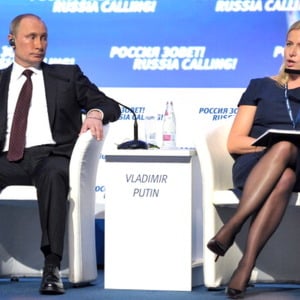