Craig Piligian net worth: Craig Piligian is an American television executive who has a net worth of $300 million dollars. Born in Detroit, Michigan, Craig Piligian has established himself as a very successful reality television producer. He is the President, CEO, and Executive Producer for Pilgrim Films and TV. With his company, he has produced such popular reality series as, "American Chopper" on Discovery, "Big Shrimpin'" on History, and "Welcome to Sweetie Pie's" on the Oprah Winfrey Network. He also produced the new show, "Wicked Tuna" on the National Geographic Channel, as well as "Ultimate Fighter Live" on FX, and "Full Metal Jousting" on History. In addition to his reality television work, he is also developing multiple scripted series, is producing the series, "World's Wildest Police Chases", and is also in the process of bringing the popular Japanese show, "The Nation's Luckiest Person", to the US. He also served as Executive Producer for the Lifetime Movie, "Amanda Knox: Murder on Trial in Italy".

Lionsgate Acquisition: In 2015, Craig Piligian sold 50% of his company, Pilgram Studios, to Lionsgate for $200 million. Craig still maintains control of the remaining 50% which in theory would give him a pre-tax paper net worth north of $400 million. 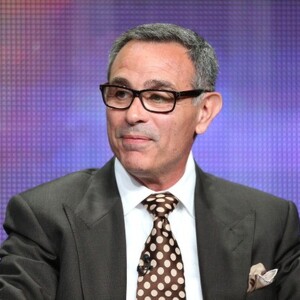