How much is Craig Jelinek Worth?

Craig Jelinek net worth and salary: Craig Jelinek is an American businessman who has a net worth of $100 million. Craig Jelinek was born in California in August 1952. He is best known for being the president and chief executive officer of Costco. Jelinek began those duties in 2012 when he took over the company's founder James Sinegal. Craig Jelinek graduated from San Diego State University. He joined Costco in 1984 and before that he worked for FedMart. Costco was founded in 1976 as Price Club and became Costco in 1983. In 2018 the company posted a revenue of $141.6 billion with a net income of $3.13 billion as well as total assets of $40.83 billion. Costco employed 245 thousand people in 2018. The chain of membership only warehouse clubs was the second largest retailer in the world in 2015 and by 2016 it was the world's largest retailer of organic foods, choice and prime beef, wine, and rotisserie chicken.

Costco Stock Holdings: As of this writing, Craig owns 312,000 shares of Costco which are worth around $90 million before taxes. 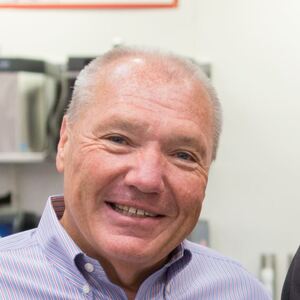