Cortez Bryant net worth: Cortez Bryant is an American businessman who has a net worth of $66 million. Cortez Bryant earned his net worth as the Chief Visionary Officer of Young Money Entertainment and Founder of Bryant Management. Bryant is one of the most influential and successful businessmen in the music industry today.

He got his fist major break in 2004 when he started managing his longtime friend and rapper Lil Wayne. Lil Wayne along with Bryant's elite client rapper/singer Drake, are some of the most successful artists of successes of the past decade. They have sold millions of records and they have countless fans worldwide. In October of 2007 Lil Wayne stepped down as the President of the record label Young Money entertainment and handed the reins over to Cortez Bryant. Young Money Entertainment is an imprint of Birdman's Universal Motown and distributed by Cash Money Records. Maine is also the co-founder of his own record label called Soothe Your Soul Records. Bryant's leadership skills were apparent in high school where he was part of virtually every extracurricular activity and sport offered at his high school. He attended Jackson State University, where he was a member of the national honorary music fraternity known as the Kappa Kappa Psi. During his college days Bryant got his first taste for music when he toured with such well known acts as Lil Wayne, DMX and Nelly. 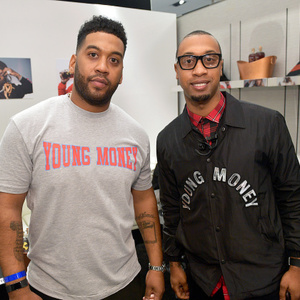