What is Clive Davis's Net Worth and Salary?

Clive Davis is an American record producer and music industry executive who has a net worth of $850 million. Clive Davis was born April 4, 1932 in Brooklyn, New York City, New York. Five-time Grammy-winner Clive Davis is also a member of the Rock and Roll Hall of Fame as a non-performer. Davis' roster of clients reads like a who's who and includes such superstars as Janis Joplin, Aerosmith, Whitney Houston (as well as Whitney's cousin, Dionne Warwick), Jennifer Hudson and Kelly Clarkson.


Clive Davis began his professional career as a lawyer in New York City. At one point his law firm placed him in charge of the CBS subsidiary Columbia Records. He was soon promoted to Columbia's general counsel. When CBS restructured, Clive was recruited to head the newly-formed CBS Records. As the head of the label, Clive made significant talent signings right away. He famously landed artists including Janis Joplin, Santana, Bruce Springsteen, Billy Joel, Aerosmith, among many others. Clive was fired from CBS in 1974, allegedly after he used company money to pay for his son's Bar Mitzvah.

After leaving CBS, Clive founded Arista Records with $10 million in funding from Columbia Pictures. His equity stake was 20%. Arista would go on to have enormous success in the late 70s and early 80s thanks to artists like Barry Manilow, Air Supply, Dionne Warwick and Aretha Franklin. Arista's biggest break came in 1983 when it signed Warwick's 20 year-old cousin Whitney Houston. Whitney's self-titled album was released in 1985 and would eventually sell more than 22 million copies worldwide. Whitney alone would sell 200 million records for Arista. 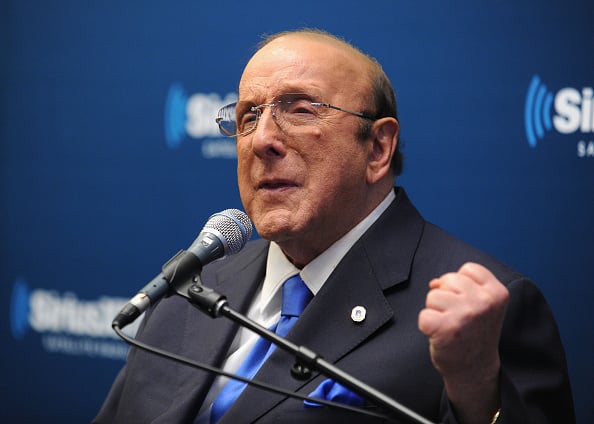 In 1993, Sean Combs was a recently-fired talent executive at Uptown Records looking for a home. He landed a meeting with Clive, who was famously not a fan of rap music at the time. Later Clive would explain:

"I didn't even know that much about Puffy. I did take the meeting, and it was no question that he had the vision, that a hip-hop revolution was coming. He needed my expertise to "conquer" Top 40, I was skeptical. So I asked Puffy, what music do you have? He played me "Flava In Ya Ear" by Craig Mack. That sold me."

Clive gave Puffy a distribution deal and $15 million to launch Bad Boy Records. Through Bad Boy, Clive would have enormous success from artists like Mase, 112, The Notorious B.I.G. and Faith Evans.

Davis created J Records in 2000 and now serves as the chief creative officer for Sony Music. He has five Grammy awards and is a member of the Rock & Roll Hall of Fame.

In 2013, Davis publicly came out as a bisexual in his autobiography The Soundtrack of My Life. On the daytime talk show Katie he told host Katie Couric that he hoped his coming out would lead to "greater understanding" of bisexuality. Since 2004, Davis has been in a relationship with a man, which followed a 14-year relationship with a male doctor.

Clive Davis owns a number of properties in New York City. He owns at least five units in a single Manhattan building located at 465 Park Avenue. In 2017 he listed one of his units in the building for $7.8 million. He eventually reduced the price to as low as $6.2 million before taking it off the market in 2019. That one unit alone comes with a monthly $11,700 HOA fee!

He also owns a luxurious compound in Westchester County, New York where he frequently entertains guests on weekends. The home, which he bought in 1991 after his second divorce, has a 30-seat home theater and an 8,000 square-foot main house in addition to a 6,000 square-foot guest house.

Clive's art collection might be worth $100 million on its own. The collection includes pieces from Picasso, Damien Hirst, Dale Chihuli, Adolph Gottlieb, Andy Warhol and more. 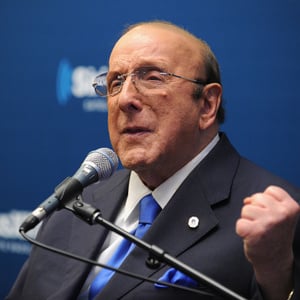