Clay Bennett net worth: Clay Bennett is an American businessman who has a net worth of $400 million dollars. Born in Oklahoma City, Oklahoma, Clay Bennett is the Chairman of Dorchester Capital. In the 90s, he became one of the owners of the San Antonio Spurs. Additionally, he worked with a group of Oklahoma-area businessman to negotiate a deal with the New Orleans Hornets, who were displaced due to Hurricane Katrina.

The team relocated to Oklahoma City and practiced there for the next two years. He is the Chairman of the Professional Basketball Club, which owns the Oklahoma City Thunder. The Thunder was known as the Seattle SuperSonics until 2008, when the PBC was unable to collect enough money for an arena for the team in Seattle. They decided to move the entire team to Oklahoma City, but in order to do so they had to relinquish all rights to the team's name, logo, or colors. Consequently, the Oklahoma City Thunder NBA team was born. Bennett bought the Sonics from former owner Howard Schultz who is the CEO of Starbucks. 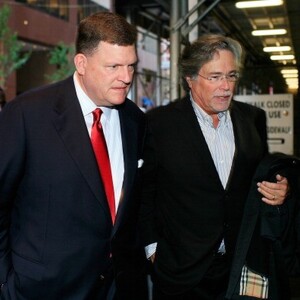