Chris Meledandri Net Worth: Chris Meledandri is an American film producer and entrepreneur who has a net worth of $20 million. After firmly establishing himself as a producer, Meledandri set up his own animation film production company called Illumination Entertainment, where he still serves as CEO. Born Christopher Meledandri on May 15, 1959 in New York City, he got his higher education at Dartmouth College.

Before starting his tenure at Fox, he worked with Walt Disney Pictures as the President of Dawn Steel Pictures where he executively produced the 1993 movie "Cool Runnings". Then, with 20th Century Fox, he produced the 1998 film "Ever After: A Cinderella Story" that helped Fox becoming one of the six major American film studios today. He also was the supervisor and/or the executive producer for lots of other movies during his years at Fox: "Dr. Seuss Horton Hears a Who" and also "Ice Age 1 & 2″and more. Two animated shorts that were nominated for Academy Award for Best Animated Short Film, "Gone Nutty" (2002) and "No Time for Nuts" (2006) was also produced by Meledandri. In 2007, Meledandri founded Illumination Entertainment after leaving his position as the President of 20th Century Fox Animation. Illumination Entertainment was established as a family film production company funded by Universal Pictures. Since its inception, Illumination Entertainment have released several movies like "Despicable Me" "Hop" "Dr. Seuss' The Lorax" and "Despicable Me 2". 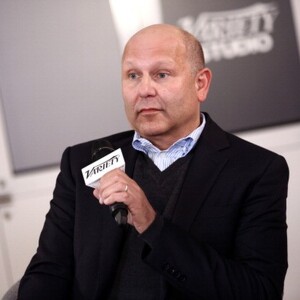