Chris Wanstrath net worth: Chris Wanstrath is an American businessman and entrepreneur who has a net worth of $1.5 billion. Chris Wanstrath is best known for being the co-founder and CEO of the company GitHub. He founded the company in 2007 with Tom Preston-Werner when they were both working at the Web development framework company Ruby on Rails. Wanstrath became CEO when Preston-Werner resigned in 2014. GitHub allows multiple coders to work on the same piece of code and not lose track of their changes and was valued at $2 billion in 2015. They have had more than 11 million users work on more than 29 million projects. GitHub's clients include Microsoft, NASA, Walmart, and the governments of the United States and the United Kingdom. In 2012 GitHub raised the largest first round of venture capital funding at $100 million. On June 4, 2018, Microsoft agreed to acquire GitHub for $7.5 billion. As a result of the acquisition, Tom Preston-Werner was given $1.25 billion worth of Microsoft stock. As the largest shareholder, Chris Wanstrath, received $1.5 billion. Another founder received $1 billion. 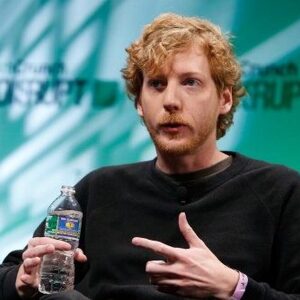