Chris Laurita and his wife, Jacqueline, have two sons together. The Lauritas have been in the news for more than their participation on RHONJ-they reportedly filed for bankruptcy related to their former company Signature Apparel, but bankruptcy courts raised suspicions that the Lauritas may have intentionally defrauded creditors and that the Lauritas possibly spent company proceeds for their own benefit. Reportedly, the courts want the Lauritas to repay $7.8 million dollars to creditors. The Lauritas are contesting this ruling. Their home also fell into foreclosure and subsequent IRS issues arose. In further legal troubles, fellow RHONJ player Johnny Karagiorgis is suing the Lauritas for the RHONJ's Moxie Salon/Posche 2 opening brawl (from the 2013 season)-an incident in which Karagiorgis believes producers and cast members conspired against him to lure him into a confrontation and that the fight was pre-meditated for a storyline. 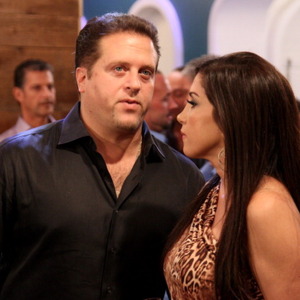