Chris Blackwell net worth: Chris Blackwell is a British record producer and businessman who has a net worth of $300 million. Chris Blackwell earned his fortune as the founder of Island Records, which helped popularize and spread reggae music to the world. He was inducted into the Rock and Roll Hall of Fame in 2001. To date, Bob Marley and the Wailers alone have sold more than 75 million albums worldwide.

Early Life: Blackwell was born on June 22, 1937 in Westminster, London and was given the name Christopher Percy Gordon Blackwell. His father was Joseph Blackwell, a member of the family responsible for founding Cross & Blackwell, the British food company that began in 1706. His mother was Blanche Lindo Blackwell, a Jamaican heiress. After Blackwell was born, the family moved to Jamaica where his father joined the Jamaica Regiment and became a major. His parents divorced when he was 12 years old and Blackwell was sent to London after spending his childhood in Jamaica in order to attend Harrow School, a prestigious boys preparatory boarding school.

After finishing school, Blackwell decided to return to Jamaica rather than attending university. He became aide-de-camp to Sir Hugh Foot, Jamaica's Governor. He then began pursuing a number of business ventures in real estate as well as in managing jukeboxes, which led to his initial contact with the Jamaican and Rastafarian music community. His love and appreciation for Rastafari culture and lifestyle was furthered after a boat he was sailing on ran aground in the coral reef. He sought help on shore and later collapsed, only to be rescued by a Rasta fisherman. The experience left a profound impression on Blackwell. 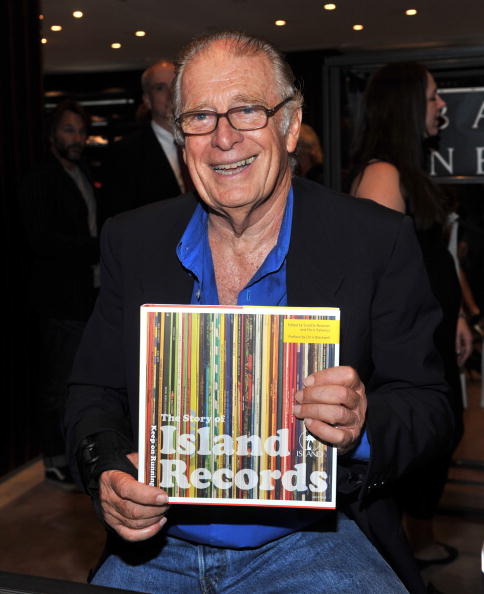 Career: In 1958, when Blackwell was 21, his parents provided him with a start-up investment of $10,000, with which he formed Island Records. His parents also provided him an allowance of 2000 British pounds per month so that he could live in his own apartment and reinvest any profit from the label into the business. Island Record's debut release was by the Bermudian jazz pianist Lance Hayward. In 1951, Blackwell began focusing on recording popular Jamaican music and achieved a number one hit with Laurel Aitken's song, "Boogie in my Bones/Little Sheila."

Blackwell also had early success in the film industry after he acted as a location scout and production assistant for the 1962 James Bond film, "Dr. No." He was offered a full-time position but ultimately decided to continue pursuing success with his record label after visiting a psychic.

This proved to be the right move, as Island Records continued to grow and become more successful. In 1962, Blackwell had released 26 singles and two albums in Jamaica. He then returned to England in order to develop the niche market of Jamaican music there. His first major success there was in producing a cover of the 1956 song by Barbie Gaye, "My Boy Lollypop" sung by the Jamaican singer Millie Small. The song was one of the first recorded in the ska style and it became a massive hit, selling over six million records worldwide. It helped launch Island Records into the mainstream and is generally recognized as the first international ska hit.

The label's success continued into the coming decades, becoming one of the most successful independent labels of the 1960s, 1970s, and 1980s. They signed an eclectic mix of artists including Cat Stevens, Jethro Tull, Roxy Music, Grace Jones, U2, and The Cranberries, among many others. The label developed a positive reputation for being able to spot trends and talent and nurture the artists they signed. Blackwell also put effort into the marketing of the label and packaging of the records themselves, as he felt the extra attention to detail was important to the consumer's overall experience. Island Records also the first distribution home for a number of other record labels, including Sue Records, who produced artists like Ike and Tina Turner.

Blackwell is also credited with helping spread reggae music to the world. He signed Toots and the Maytals to his record and produced the album "Funky Kingston," which became very popular and was positively reviewed. Additionally, he signed Bob Marley & The Wailers and helped them achieve international recognition and fame.

In 1977, Blackwell built Compass Point Studios in Nassau, Bahamas to serve as a recording home studio for the acts on Island Records. He steered Island Records towards the film industry and released the film "The Harder They Come" in 1972. This marked the first time that Jamaican themes appeared in mainstream cinema. He also formed Mango Records, which exclusively featured Jamaican and other Third World artists.

In 1989 Blackwell sold Island Records to PolyGram $300 million. That's the same as around $650 million today.

The company soon became part of the Universal Music Group conglomerate. Black stayed involved, primarily looking after the artists themselves before officially resigned from the company in 1997.  He then formed Palm Pictures, a media entertainment company, which later merged with Rykodisc to form RykoPalm.

Blackwell was inducted into the Rock and Roll Hall of Fame in 2001. He was cited as one of the most influential figures in the last 50 years of the British music industry in 2009 by the UK magazine, "Music Week." He currently runs Island Outpost, which operates and markets elite resorts in Jamaica, including Goldeneye, the previous home of Ian Fleming, the author of the James Bond books.

Personal Life and Other Pursuits: Blackwell has been married twice. He first was married to Ada Blackwell until their divorce in the mid-1990s. Then he married Mary Vinson, an apparel and home goods designer, in 1998. They two remained married in Vinson's death in 2009 of cancer. 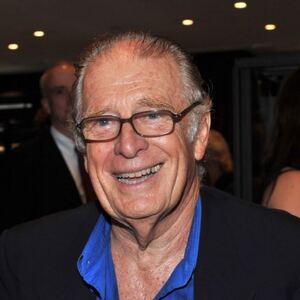