Chris Albrecht net worth and salary: Chris Albrecht is an American media executive who has a net worth of $160 million. Chris Albrecht was born in Queens, New York in July 1952. He is best known today for the being the Chief Executive Officer and President of Starz. The company includes Starz Networks, Starz Distribution, Starz Worldwide Distribution, Starz Animation, Starz Digital Media, and Anchor Bay Entertainment. In a given year, Chris Albrecht's salary is $20 million. In 2013 he earned $31 million. Before going to Starz Albrecht worked at HBO as the Chairman and CEO. He was there for 22 years and was responsible for several hit TV series including The Sopranos, Deadwood, Sex and the City, Entourage, Six Feet Under, The Wire, Band of Brothers, and more. In 2008 Chris Albrecht founded independent content creation, development, and distribution company Foresee Entertainment. He has also served as president of IMG Global Media as well as IMG Entertainment and was a Special Limited Partner in Forstmann Little & Company. He was inducted into the Broadcasting & Cable Hall of Fame in 2006.

Real Estate: In April 2018, Chris Albrecht listed his Santa Monica home for $8 million. In 2017 he sold a home he bought for $5 million in Brentwood for $7 million. 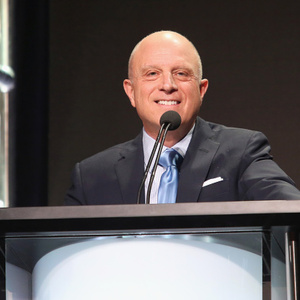