How much is Charles Saatchi Worth?

Charles Saatchi net worth: Charles Saatchi is a British businessman who has a net worth of $200 million dollars. Charles Saatchi was born in Baghdad, Iraq, and relocated to Finchley, London with his family in the late 40s. He became very interested in art and American pop culture as a teenager, and went on to graduate from the London College of Communication. He began his professional career as a copywriter for Benton & Bowles, and then paired up with Ross Cramer, an art director. They eventually formed their own company, CramerSaatchi. In 1970, he formed Saatchi & Saatchi with his brother Maurice. By the mid-80s, Saatchi & Saatchi had become the most successful advertising agency in the world, with a huge number of high-profile clients, including British Airways and Margaret Thatcher. The brothers were ultimately booted from Saatchi & Saatchi in 1995, and now run another company called, M&C Saatchi. Charles Saatchi was married to celebrity chef/author Nigella Lawson from 2003 – 2013. Their marriage ended not long after he was photographed with his hands around Nigella's throat at a restaurant. This set off a very public divorce proceeding which ended in a private settlement. 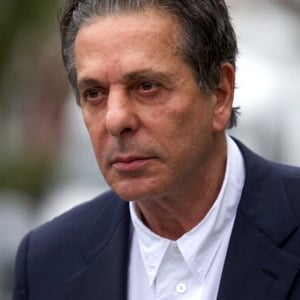