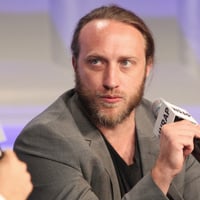 What is Chad Hurley's net worth?

Chad Hurley is an American tech entrepreneur who has a net worth of $700 million. Chad Hurley has earned his net worth as a co-founder and former Chief Executive Officer of the popular video sharing website YouTube which was acquired by Google in late 2006 for $1.65 billion.

Chad Meredith Hurley was born in Reading, Pennsylvania on January 24, 1977. As a child he was interested in computers and electronic media. In high school he won two state titles as a runner and was a member of the Technology Student Association.

For college he attended Indiana University of Pennsylvania, graduating in 1999 with a B.A. in Fine Art.

After graduating from college, Chad landed a job at the startup PayPal. He helped design what became the PayPal logo. Two of his co-workers at PayPal were Jawad Karim and Steve Chen.

PayPal was acquired by eBay in August 2002 for $1.5 billion in cash. Chad, Steve and Jawad stayed with PayPal for a few years. All three had left the company by early 2005.

Around this time the three began meeting at a local deli called Max's Opera House to brainstorm startup ideas. According to one legend, it was Jawad who suggested the three build a website where users could upload and share videos. Another version of the origin story has Chad and Steve frustrated at not being able to easily post a video from a dinner party to the internet. Whatever the reality, the three ultimately landed on the name YouTube.com.

The three partners went to work developing the website. The website YouTube.com went live in February 2005. At 8:27 pm on Saturday, April 23, 2005, Jawad posted the very first video to YouTube, a video he had taken a few months earlier from a visit to the San Diego Zoo.

Their timing could not have been more perfect. MySpace had recently taken off and millions of people were adding video embeds from YouTube to their pages.

In December 2005 YouTube reached a tipping point thanks to a "Saturday Night Live" sketch called "Lazy Sunday." At the time, DVRs were still not in wide use so the day after "Lazy Sunday" aired and people wanted to see this video they heard so much about from friends who did catch it live, headed to the internet. YouTube made the video easily to find and watch online. This temporarily caused a copyright skirmish between YouTube and SNL and the video was actually removed from the platform in February 2006. The clip would not reappear on YouTube until August 2013 when it was finally re-uploaded by the officially SNL account. 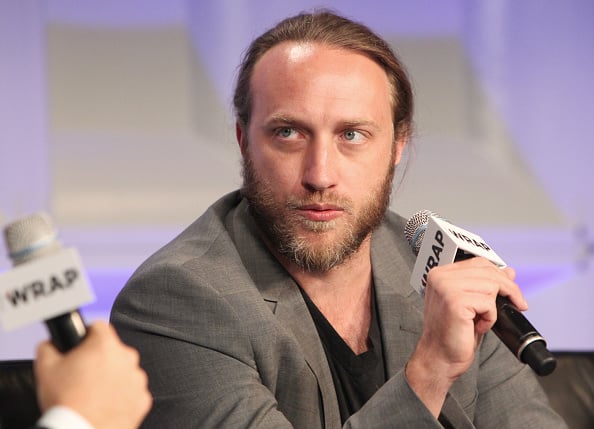 On October 9, 2006, Google announced it had reached a deal to acquire YouTube for $1.65 billion in Google stock.

As CEO/founder, Chad immediately received 694,087 shares of Google from the sale. He also received 41,232 in a trust to be earned-out over time. At the time the deal closed, Google's stock price was $470. At that level Chad's shares were worth $345 million. If Chad still owned all of these shares by late 2021, they would be worth nearly $2 billion before taxes.

Chad stayed on as CEO of YouTube through October 2010.

In August 2013, Chad and Steve launched a new video site they called MixBit. MixBit allowed users to edit video using their smart phones. MixBit created an experience that would later be common in apps like Vine and Instagram.

MixBit was acquired by BlueJeans in August 2018

In 2013 Chad got into a bit of controversy with Kim Kardashian and Kanye West.

In October 2013, Kanye West orchestrated an elaborate marriage proposal to Kim Kardashian at AT&T field in San Francisco. Everyone in attendance was required to sign a confidentiality agreement. According to a lawsuit that would later be filed, Chad was NOT invited, but somehow manipulated his way into the event. Once inside he went ahead and recorded the proposal and uploaded a two minute clip to MixBit. The video, which showed Kanye getting down on one knee with an orchestra and fireworks in the background, was soon viewed more than 1.64 million times and was reposted to TMZ. He also issued a press release promoting the video on MixBit.

When Kim and Kanye found out, they were livid. They quickly filed a lawsuit against Chad. The lawsuit dragged on for nearly two years. In the end it was settled with Chad agreeing to pay Kim and Kanye $440,000.

Chad was a principal investor in the now-defunct US F1 Team (Formula 1).

He is a minority owner of the NBA's Golden State Warriors and MLS' Los Angeles Football Club.

In 2000 Chad married Kathy Clark. They divorced in 2014. Kathy's father Jim Clark is the billionaire tech investor behind companies like Silicon Graphics, WebMD and Netscape. Jim's wife (his fourth marriage) is Australian model Kristy Hinze. Chad is three years older than Kristy… who was technically his mother-in-law during the marriage.

In 2013 Chad and Kathy paid an undisclosed amount for a 10-acre property in the Silicon Valley town of Woodside, Ca. They sold this property in January 2019 for $14.25 million.