What is Carly Fiorina's Net Worth and Salary?

Carly Fiorina is an American businesswoman and politician who has a net worth of $70 million. Carly Fiorina is probably most famous for being the former CEO and chairman of the board of Hewitt-Packard. She served as CEO from 1999 to 2005. Following this, she served on the boards of various companies, and worked with a number of nonprofits. In 2010, Fiorina launched an unsuccessful challenge against Democrat Barbara Boxer of California in the 2010 Senate election. Fiorina gained more widespread recognition in 2016 when she ran an unsuccessful campaign for the Republican presidential nomination.

During her time at HP, the multinational information technology corporation overcame the collapse of the dot-com bubble and then completed a merger with rival computer company Compaq which resulted in the world's largest personal computer manufacturer at the time. Carly's time at HP was somewhat controversial. After her forced resignation in 2005 she was voted as one of the worst American CEOs of all time. During her time at HP she questionably spent corporate money acquiring FIVE private jets, including TWO Gulfstream IVs, both of which cost around $30 million.

According to the financial disclosures she submitted as part of her 2015 campaign for the Republican presidential nomination, Carly disclosed that she and her husband had a combined net worth of $59 million at that time. The same report showed she had income of $13 million in 2013. Other disclosures listed a wider range of their combined net worth, ranging from as little as $30 million to as much as $120 million. She spent a reported $6.5 million on her own campaign.

During her six years at HP, Carly earned $100 million in total compensation, including a $21 million severance package when she left the company. Upon joining the company she negotiated a $65 million pay package that came with a $3 million signing bonus and a $1 million annual base salary that would rise to as much as $5 million with bonuses and tens of millions more in stock grants.

Carly Fiorina was born as Cara Sneed on September 6, 1954 in Austin, Texas to Joseph, a professor at the University of Texas School of Law, and Madelon, an abstract painter. She is primarily of German and English ancestry, and was brought up in the Episcopalian faith. Moving frequently with her family, Fiorina went to Channing School in London, England. She went on to attend five different high schools, finally graduating from Charles E. Jordan High School in Durham, North Carolina. For her higher education, Fiorina went to Stanford University, earning her BA degree in 1976. She subsequently enrolled at the UCLA School of Law, but dropped out. Fiorina ended up obtaining her MBA from the Robert H. Smith School of Business at the University of Maryland in 1980. Nine years later, she acquired an MS degree from the MIT Sloan School of Management.

In the 70s, Fiorina worked for six months as a receptionist at the real estate firm Marcus & Millichap; she eventually was promoted to a broker position. Later, in 1980, she joined AT&T as a management trainee, and sold telephone services to major federal agencies. Fiorina went on to oversee the company's hardware and systems division and to head its North American operations. In 1995, she led corporate operations for the AT&T spinoff Lucent Technologies. The next year, she became the president of its consumer products branch, and the year after that, was named group president of Lucent's global service-provider business, estimated at $19 billion. In her role, Fiorina chaired a huge joint venture between Lucent's consumer communications and Royal Philips Electronics.

Due to her incredible success at Lucent, Fiorina was named the CEO of Hewlett-Packard Company in 1999; in the process, she became that company's first-ever female CEO. During her tenure, Fiorina oversaw what was at the time the largest technology sector merger in history, with HP acquiring rival PC manufacturer Compaq. However, the merger was met with near-universal skepticism, including from HP's board of directors and Walter Hewlett, the son of the company's co-founder. Additionally, Fiorina was met with severe backlash by HP employees and the tech community at large for significantly changing the company culture, and for overseeing thousands of layoffs.

During Fiorina's tenure as CEO, the revenue of HP doubled, and its cash flow increased by 40%. However, it also failed to make gains in net income; its debt rose substantially; and its stock price fell by 50%. In 2005, HP's board of directors proposed a plan to shift Fiorina's authority to other division heads, which she vehemently opposed. Shortly after this, the board brought back former employee Tom Perkins and forced Fiorina to resign as CEO and chair of the company. Upon the news of her departure, HP's stock jumped nearly 7%, adding close to $3 billion to its value. 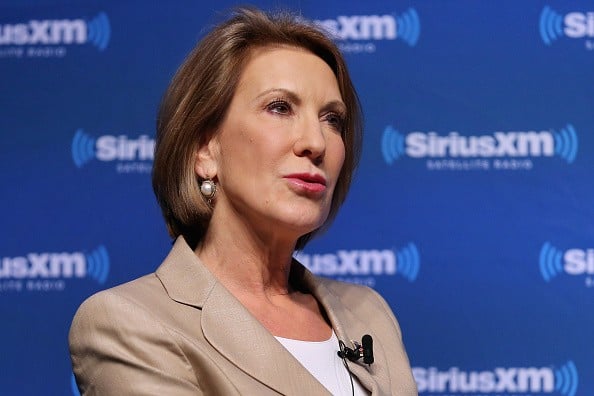 Following her resignation from HP, Fiorina served on the boards of Revolution Health Group and Cybertrust. In 2006, she became a member of the board of directors of Taiwan Semiconductor Manufacturing Company, a role she held for three years. Fiorina also became a member of the MIT Corporation and the Foundation Board of the World Economic Forum. In 2007, she joined Fox Business Network as a commentator.

On the non-profit side of things, Fiorina serves as the CEO and chair of her own charitable foundation, Carly Fiorina Enterprises. From 2012 to 2015, she chaired Good360, which assists companies in donating surplus merchandise to charities. Among her other appointments at nonprofits, Fiorina was fund chair of One Woman Initiative, a partnership between government agencies and the private sector to empower women in majority-Muslim countries.

Fiorina first got into politics in 2006, when she worked as an advisor on Republican Senator John McCain's upcoming presidential campaign. Four years later, she ran for office for the first time in the 2010 Senate election, and won the Republican primary. However, Fiorina's campaign was beset with negative publicity, as well as horrible policy positions, such as her opposition of abortion and same-sex marriage. She went on to lose the general election to incumbent Democrat Barbara Boxer.

In May of 2015, Fiorina announced her candidacy for the Republican presidential nomination. Her performances in the early televised debates went over fairly well with audiences, leading to a substantial increase in her poll numbers. However, the numbers went on to steadily drop, resulting in Fiorina's exit from the race in February of 2016. Following this, she endorsed Ted Cruz, who subsequently announced that he would choose Fiorina as his vice-presidential running mate if he were to win the nomination. Cruz terminated his campaign six days later.

In 1977, Fiorina wed her first husband, Todd Bartlem, who had been her classmate at Stanford. While still married, she began an affair with AT&T executive Frank; they ended up marrying in 1985 after Fiorina divorced Bartlem. Through her husband, Fiorina has a stepdaughter named Traci, and had another stepdaughter named Lori Ann who passed away in 2009. The Fiorinas reside in the Washington, DC suburb of Mason Neck, Virginia; they previously lived in the San Francisco Bay Area.

Fiorina is a breast cancer survivor, having beat the disease following a double mastectomy, chemotherapy, and radiation therapy in 2009. 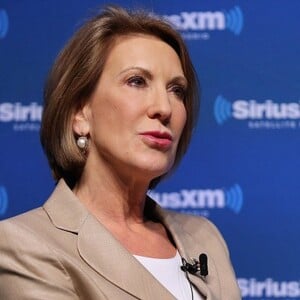