What is Carlos Ghosn's Net Worth and Salary?

Carlos Ghosn is a French-Lebanese-Brazilian businessman who has a net worth of $120 million.Carlos Ghosn has served as the CEO of multiple corporations, including Michelin North America, Renault, and Nissan. For saving the latter two companies from near-bankruptcy, he became renowned as one of the most powerful business leaders in the world. Ghosn's status fell considerably in 2018, when he was arrested on charges of under-reporting his salary and misappropriating company assets; he eventually became a wanted fugitive in 2020 after fleeing Japan.

Carlos brought Nissan back from the brink of bankruptcy in the late 1990s by orchestrating one of the decade's most aggressive downsizing campaigns, earning him the nicknames "Le cost killer" and "Mr. Fix It."  One of his biggest decisions was to spend $5 billion to build the first mainstream electric car and to ultimately turn Nissan into an all-electric fleet. The Nissan Leaf, the world's first mainstream electric car is a subject of the 2011 documentary "Revenge of the Electric Car."

On November 19, 2018 Carlos Ghosn was arrested in Tokyo on charges that included false accounting, tax evasion and using company money for personal expenses. At first it was alleged that he failed to report $44 million worth of pay and allegedly misused company funds.

Shortly after this, Nissan's board voted unanimously to dismiss Ghosn as chairman, while Mitsubishi took similar actions. A little later, in early 2019, Ghosn was forced to retire as chairman and CEO of Renault. Although he was granted bail in March of 2019, Ghosn was re-arrested in Tokyo in April on new charges of misusing Nissan funds. He was subsequently released again on bail later in the month, but was confined to house arrest.

In June of 2019, Renault uncovered 11 million euros in dubious expenses made by Ghosn, leading to an investigation and raid by the French state. A few months later, Ghosn settled with the US Securities and Exchange Commission over claims that he failed to disclose over $140 million paid to him by Nissan. As a consequence, he was fined $1 million and was forbidden from serving as a director or officer of a public company for the next ten years.

It was reported in late 2019 that Ghosn had fled Japan and taken refuge in Beirut, Lebanon via an elaborate escape operation orchestrated by Michael Taylor, a private security contractor and former US Army Special Forces soldier. Carlos reportedly hid in an audio equipment box transported by a fake band made up of ex-military officers. The audio box with Carlos inside was placed on a private jet and flown to Turkey. He reportedly hid in the box until the plane reached Russian airspace then quietly got out and sat down in the back of the plane. Once in Turkey he boarded a new plane which whisked him off to Lebanon.

Ghosn eventually confirmed his escape, stating that he refused to be "held hostage by a rigged Japanese justice system." Nevertheless, he remains under investigation in France for suspicious transactions and alleged illegal payments for private events and trips. In 2022, the country issued an international warrant for Ghosn's arrest.

Below is Carlos is salary history dating back to 2009. Prior to 2010, Japanese companies were not required to report senior executive compensation:

At the time of his arrest, Carlos owned around $60 million worth of shares in Nissan, Renault SA and Mitsubishi Motors Corp. He has also earned at least $144 million in salary and bonuses since 2010. Prior to 2010, Japanese companies were not required to report executive compensation. He likely earned tens of millions of additional compensation that he was not required to disclose prior to 2010. Had he not been arrested, additional compensation milestones could have awarded Carlos was a total of $200 million worth of shares in Nissan. 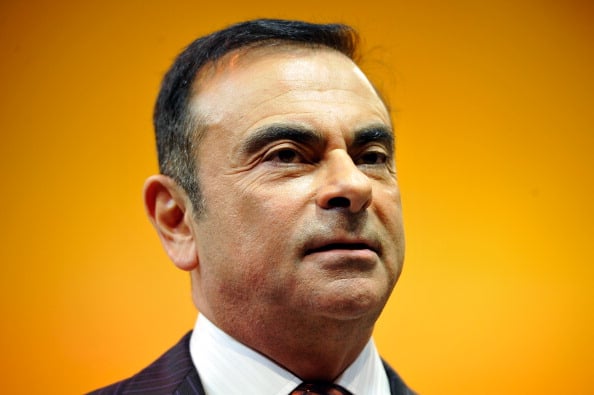 Carlos Ghosn was born on March 9, 1954 in Porto Velho, Rondônia, Brazil. His father was a Lebanese diamond trader who fled to Brazil in 1975 during the beginning of the Lebanese Civil War. When he was two, Ghosn moved with his mother to Rio de Janeiro; they moved again, this time to Beirut, Lebanon, when he was six. In Lebanon, he went to Collège Notre-Dame de Jamhour. Following this, Ghosn attended the Collège Stanislas and the Lycée Saint-Louis in Paris, France. He went on to graduate from the École Polytechnique in 1974, and then from the École des Mines de Paris in 1978.

Ghosn began his business career at the tire manufacturing company Michelin, where he spent 18 years altogether. After training and working at various Michelin plants throughout France and Germany, he became a plant manager in Le Puy-en-Velay in 1981. Three years after that, Ghosn was appointed head of research and development of the industrial tire division. He continued to work his way up through Michelin; in 1985, he was named the COO of the company's South American operations. In that position, Ghosn employed a cross-cultural management style to return the division to profitability. Due to his success, he was appointed president and COO of Michelin's North American operations in 1989. The next year, Ghosn became the CEO.

In 1996, Ghosn became executive vice president at the automobile manufacturer Renault, and was also put in charge of the company's South American division. As he did at Michelin, Ghosn helped return Renault to profitability by restructuring the company. In 1999, Renault and Nissan came together to form the Renault-Nissan Alliance. Shortly after this, Ghosn acquired a 36.8% stake in Nissan, and became its COO. He subsequently became Nissan's president and CEO in 2001. Using his strategic management skills once again, Ghosn turned Nissan's floundering fortunes around to help save it from bankruptcy.

Ghosn became the new president and CEO of Renault in 2005; he also became the chairman and CEO of the Renault-Nissan Alliance, which has grown into the world's leading purveyor of electric vehicles. In 2016, Nissan acquired a 34% stake in Mitsubishi, with Ghosn becoming that company's new chairman. This resulted in the new Renault-Nissan-Mitsubishi Alliance. A year later, Ghosn stepped down as Nissan's CEO while remaining the company's chairman.

Ghosn is fluent in four languages: English, Portuguese, French, and Arabic. He has citizenship in France, Brazil, and Lebanon. According to a number of Japanese media outlets, Ghosn owns private residences in Tokyo, Rio de Janeiro, Paris, New York, Beirut, and Amsterdam.

According to an investigation in the months after his arrest, Carlos owns at least $25 million worth of properties around the world, including homes in France, Brazil and Lebanon. His apartment in Rio was purchased for $6 million in 2011. In Beirut, he paid $8.75 million for a mansion in 2012. He then reportedly spent $6 million on renovations and furnishings. During his time as CEO, Nissan paid $9,000 per month for Carlos to have an apartment in Amsterdam and an additional $9,000 per month for his Tokyo apartment. The company also owned a $70 million Gulfstream G650 which Carlos could use extensively. 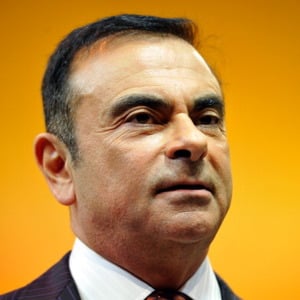