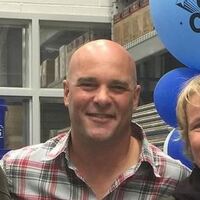 Bryan Baeumler net worth and salary: Brian Baeumler is a Canadian entrepreneur and TV star who has net worth of $20 million dollars. Bryan Baeumler attended the University of Western Ontario, where he double majored in Political Science and Business. He was initially interested in pursuing a career in law, but had always been drawn to construction and engineering, and ultimately decided to focus his energies there. He ran an air-cargo business in Canada from the mid-90s through the early 2000s, and then began working as a host and presenter for HGTV/HGTV Canada. He has served as host for a number of popular construction shows, including "Disaster DIY", "Disaster DIY: Cottage Edition", "Leave It to Bryan" and "House of Bryan". "House of Bryan", which followed him as he built his family a new home, was especially popular, and became the highest rated series in HGTV Canada's history. He won a Gemini Award for his hosting work on HGTV, and is currently the CEO of his own company, Baeumler Quality Construction and Renovations Inc. Bryan and Sarah Baeumler have four children together.

In September 2019 Bryan launched a campaign to raise money to support the victims of hurricane Dorian in the Bahamas. He and his wife had to be evacuated from the Bahamas before the storm. They were living there while restoring a property.