Bruce Ratner is a American real estate developer that was born on January 23, 1945 in Cleveland, Ohio.

He is most famous for heading the group that bought the New Jersey Nets from YankeeNets for $300 million in 2004, along with entrepreneur and hip hop artist Jay-Z. Since 2005 Ratner and Jay-Z had plans to move the Nets to Brooklyn in New York City. In 2009, Russion tycoon Mikhail Prokhorov agreed to buy 80% of the Nets for $200 million and would provide a $700 million loan to build the new Barclays Center which would be the new home the the re-named Brooklyn Nets.

He has been CEO of and chairman of Forest City Ratner Companies, which deals with real estate development and property management. He also serves as a director or officer of many of its subsidiary companies.

His brother, Michael Ratner, is a prominent attorney in New York and his sister, Ellen Ratner, is a news analyst for Fox News. Bruce Ratner is also very active in the New York community through educational and charitable organizations. 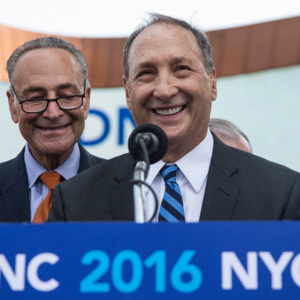