What is Brian France's Net Worth and Salary?

Brian France is an American sports executive and private investor who has a net worth of $1 billion. Brian France served as the CEO and chairman of NASCAR from 2003 until 2018 before started his own private investing firm.

Brian France is credited with increasing NASCAR's visibility by negotiating multiple television deals both domestically and internationally. At their peak, NASCAR races were the second-most watched televised sporting events in the United States behind NFL games. The extended-France family is worth billions of dollars. In addition to NASCAR, Brian France is also well known for the number of green initiatives that he has implemented in connection with NASCAR. These initiatives include introducing a cleaner burning ethanol blend fuel for use in all competing cars. He founded the Craftsman Truck Series in 1995, and was the first sports owner to negotiate a television contract that consolidated all television rights.

France was born on August 2, 1962 in Daytona Beach, Florida to parents Bill France Jr. and Betty Jane. He was raised with his older sister, Lesa. He was exposed to the business of stock car racing from a young age, as it was a family business. His grandfather, Bill France Sr., had founded NASCAR and his father, Bill France Jr., took over as head of the business once his father retired. France's first official job in racing was as a janitor at the Talladega Superspeedway in Florida. He attended the University of Central Florida but ultimately decided to join the NASCAR organization before completing a degree.

Upon joining NASCAR, France began his career by managing several short tracks like the Tucson Raceway Park in Arizona. In the 1990s, he ran the Los Angeles office of NASCAR and worked on developing better relationships between NASCAR and the entertainment industry. This resulted in more publicity for NASCAR events in films, as well as NASCAR drivers being featured in various forms of media. He was instrumental in creating the Craftsman Truck Series in 1995.

By 2000, France had become NASCAR's executive vice president. After his father retired, France became NASCAR's CEO and chairman of the board in 2003. One of his first actions as CEO was to create a new rule in the name of safety that disallowed drivers from racing back to the start line after a caution warning was issued.

Under France's leadership, NASCAR was able to negotiate a sponsorship with Spring Nextel which resulted in the Chase for the Spring Cup and a $4.5 billion television contract for the initial ten race seasons. He also negotiated a multibillion dollar deal with NBC. 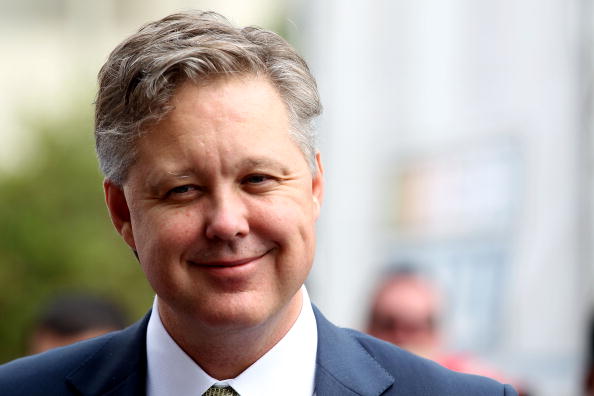 He also focused on diversifying NASCAR's fanbase, as well as the types of cars allowed to compete in the races. He made the decision to allow Toyota vehicles to begin competing on the circuit. By the mid-2000s, NASCAR's ratings had peaked and the organization was as successful as it had ever been. In 2005, he was named by "Sporting News" as one of the five most powerful sports executives and the following year, in 2006, "Time" named him one of the most 100 influential people of the century.

However, over the next decade, ratings and attendance at races would drop. By 2014, races were noting a 15% drop in attendance. In August of 2018, France was pulled over in Sag Harbor, New York for driving through a stop sign. Officers then discovered he was driving under the influence and was in possession of oxycodone, resulting in his arrest. Following his arrest, he took an indefinite leave of absence from his role as CEO and chairman of NASCAR. During this time, his uncle, Jim France, took over as interim head of NASCAR. France pleaded guilty to one count of misdemeanor DUI in June of 2019. By this time, his uncle had already taken over as permanent chairman and CEO of NASCAR.

Following his departure from NASCAR, France founded Silver Falcon Capital, a private investment firm based in Charlotte, North Carolina. The company's goal is to develop and design market brand growth at fast rates. He no longer has an official role in NASCAR but has stated he supports what his uncle has accomplished while he has been in the main leadership position.

Brian France has been married three times, two of which were to the same woman. He married Megan Garcia in 2001 and then they divorced in 2004. They then remarried in 2005 before divorcing again in 2008. Their second divorce was quite bitter and resulted in a number of different lawsuits. In January of 2009, France married Amy Firoozabady.

The couple had twins- – Luke and Meadow – and subsequently founded a nonprofit organization called the Luke and Meadow Foundation that is devoted to raising money and awareness around various causes that benefit children. Some of the organizations that that the Luke and Meadow Foundation work with include Autism Speaks, the Michael J. Fox Foundation, Providence Day School, Alliance for Lupus Research, the Lincoln Center for the Performing Arts, and the Humane Society, among others. The foundation plans various fundraising events, notably the Angel Ball in New York City. They have also worked with Gabrielle's Angel Foundation to coordinate visits from pediatric cancer patients to NASCAR races and events.

France was also a vocal supporter of candidate Donald Trump during the 2016 presidential campaign and attended some of Trump's rallies. He appeared on stage with Trump at a 2016 rally and also accompanied Trump on Air Force One after he became president during a visit to the Daytona 500 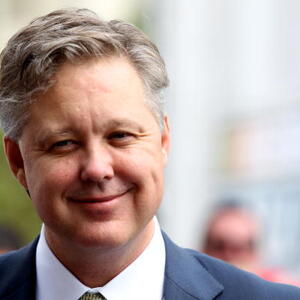