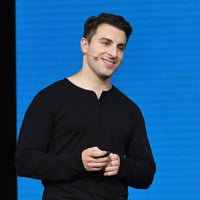 What is Brian Chesky's Net Worth?

Brian Chesky is an American internet entrepreneur and industrial designer who has a net worth of $9 billion. Brian Chesky earned his fortune as a co-founder and CEO of hospitality exchange service Airbnb. In 2015, he was named by Time magazine as one of the "100 Most Influential People" of the year. In 2020, Airbnb went public at a valuation of $100 billion.

Brian studied at the Rhode Island School of Design where he met future co-founder and Chief Product Officer of Airbnb, Joe Gebbia. Chesky and Gebbia moved to San Francisco, California in 2008. They found many hotels to be overbooked while planning to attend a conference and purchased three air beds to rent out their place and make some money. The subsequently created the website Air Bed and Breakfast, which eventually grew into Airbnb.

They also each sold $100 million worth of their personal shares on the IPO day. Even after that sale Brian owns around 77 million shares of Airbnb.

At the height of the COVID pandemic in April 2020, Brian was awarded 12 million additional options in Uber as a retention package. The grant was pegged to various share price milestones. He surpassed several milestones on the company's IPO day. On the IPO day – a mere nine months later – that one-time grant had a total future potential value of $1.8 billion, on top of his additional $11.4 billion other stake. He needs Airbnb's stock price to increase above $485 to receive the entire grant.

Brian Chesky was born on August 29, 1981 in Niskayuna, New York to social worker parents Robert and Deborah. He is of Polish ancestry on his father's side and Italian descent on his mother's side. Chesky has a younger sister named Allison. Growing up, he demonstrated a passion for art and design; this soon led to an interest in landscape architecture. For his higher education, Chesky went to the Rhode Island School of Design, from which he earned his bachelor of fine arts in industrial design in 2004.

Following his graduation from RISD, Chesky became an industrial designer and strategist at the Los Angeles-based company 3DID. Subsequently, in 2007, he moved to San Francisco, where he roomed with his former college classmate Joe Gebbia.

In late 2007, the Industrial Designers Society of America was hosting a conference in San Francisco. Because of this, hotel rooms in the city were totally booked. In response, the cash-strapped Chesky and Gebbia decided to rent out their apartment for money. The pair bought a few air mattresses and marketed their service as Airbed and Breakfast. In early 2008, Chesky and Gebbia were joined in their operation by Chesky's former roommate Nathan Blecharczyk. Together, they assembled a website offering short-term lodging and breakfast for those unable to book a hotel room. In early 2009, the venture received $20,000 in venture funding from the startup incubator Y Combinator. The name of the company was subsequently changed to Airbnb, and its listings expanded to include private rooms, apartments, and homes. 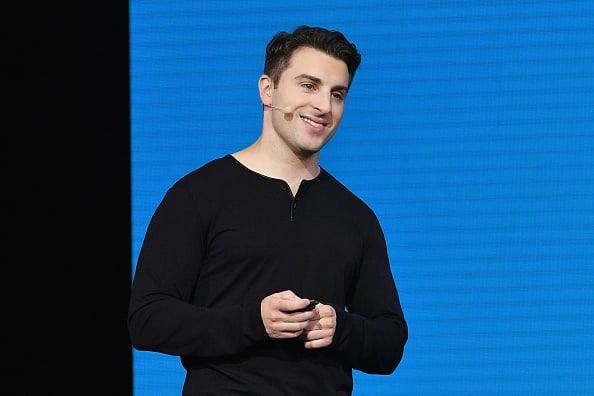 Airbnb continued to grow in success over the years, accumulating millions of dollars in seed funding. Throughout 2011 and 2012, the company opened offices in cities around the world, including London, Paris, Copenhagen, Barcelona, Moscow, São Paulo, and Sydney. In 2015, Airbnb raised $1.5 billion in Series E funding. Over the subsequent two years, the company raised over $1.5 billion more in funding, bringing its valuation to around $31 billion. In early 2018, Airbnb launched Airbnb Plus, which lists homes that have been vetted for their comfort, design, and service quality; it also launched Beyond by Airbnb, which lists luxury vacation rentals.

During the COVID-19 pandemic in 2020, Airbnb bookings dropped sharply in many cities. In response, the company raised $1 billion in equity from the firms Silver Lake and Sixth Street Partners. Shortly after this, Chesky announced the layoff of around 1,900 Airbnb employees. Later in the year, the company went public.

Airbnb has been plagued by many other troubles and controversies over the years. It has been charged with racism vis-à-vis discrimination by lodging hosts, and has also been criticized for its contribution to soaring housing prices in many neighborhoods. Additionally, Airbnb has been responsible for many negative guest experiences, some of which have included bait-and-switch scams, theft, sexual assault, and even murder. Due to persistent issues with guests throwing parties in rented properties, Airbnb permanently banned gatherings on its platform in 2022.

Chesky's success with Airbnb has resulted in a number of honors for the entrepreneur. In 2015, he was named one of Time magazine's "100 Most Influential People" of the year, and was also named one of "America's Richest Entrepreneurs Under 40" by Forbes. Also in 2015, Chesky was named an Ambassador of Global Entrepreneurship by President Obama. Later, in 2018, he was named by the Business Times as Bay Area Executive of the Year.

Previously, Chesky was in a romantic relationship with artist Elissa Patel.

On the philanthropic side of things, Chesky has joined Bill Gates and Warren Buffett's Giving Pledge, through which billionaires commit to donating the majority of their wealth during their lifetimes. Additionally, Chesky gave a $100 million gift to the Obama Foundation to establish a scholarship program for students working toward public service careers. Among other things, the scholarship includes up to $50,000 in financial aid, as well as a $10,000 stipend and complimentary Airbnb lodging to embark on a summer work-travel experience.