What was Brad Grey's Net Worth and Salary?

Brad Grey was an American businessman, talent manager and producer who had a net worth of $300 million at the time of his death. At the peak of his career Brad earned an annual salary of $30 million.

He ran Paramount Pictures for 12 years. During his time at Paramount Brad oversaw the highly successful launch of franchises such as "Transformers" and "Mission: Impossible." Under his leadership, Paramount Pictures finished No. 1 in global market share in 2011 and No. 2 domestically in 2008, 2009 and 2010, despite releasing significantly fewer films than its competitors. He also produced 8 out of Paramount's 10 top-grossing pictures of all time after succeeding Sherry Lansing in 2005.

Prior to joining Paramount, Brad was notable for co-founding the production powerhouse Brillstein-Grey alongside Bernie Brillstein. Brillstein-Grey Entertainment was considered one of the industry's most elite entertainment organization. It was regarded by as "Hollywood's most successful management and production firm" by many observers. Grey produced some of the most popular and most honored series on television, including the Emmy Award-winning hit, "The Sopranos."

Brad Grey was born on December 29, 1957 to a Jewish family in the Bronx borough of New York City. He was the youngest child of a garment district salesman. For his higher education, Grey went to the University at Buffalo, where he majored in communications and business.

While still in college, Grey worked as a gofer for a young Harvey Weinstein, who was at the time a concert promoter. At the age of 20, he produced his first show, a Frank Sinatra concert at the Buffalo Memorial Auditorium. On the weekends, Grey traveled to Manhattan to search for young comics at The Improv; his first client was comedian Bob Saget.

At a television convention in San Francisco in 1984, Grey met talent manager Bernie Brillstein, to whom he convinced he could help bring great new talent. As a result, the two became partners, and the Bernie Brillstein Company was renamed Brillstein-Grey Entertainment. In 1986, Grey began producing for television with the Showtime sitcom "It's Garry Shandling's Show."

In 1996, Brillstein sold his shares of the company to Grey, thus giving Grey full control of operations. Subsequently, the company's television unit was renamed Brad Grey Television. Through this unit, Grey produced such notable shows as "The Sopranos" and "The Wayne Brady Show." Other programs produced under the Brillstein-Grey name included "The Larry Sanders Show," "Good Sports," "Just Shoot Me!," "Real Time with Bill Maher," and "NewsRadio." 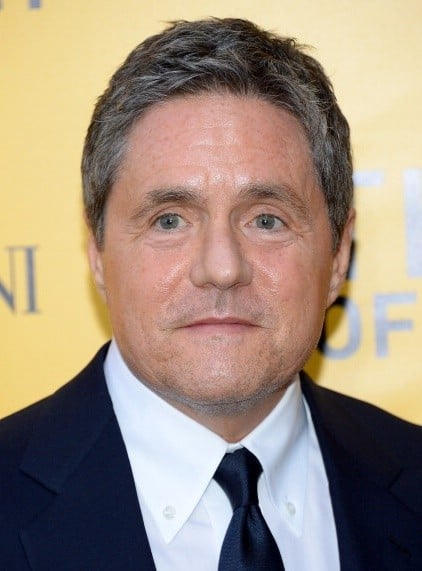 Grey transitioned into film production with his company when he produced the hit 1996 Adam Sandler comedy "Happy Gilmore." The same year, he produced the buddy cop action comedy "Bulletproof," also starring Adam Sandler, and the satirical black comedy "The Cable Guy," starring Jim Carrey and Matthew Broderick. Subsequent films produced by Grey included the action film "The Replacement Killers"; the parody films "Scary Movie" and "Scary Movie 2"; the comedy "Screwed"; Mike Nichols' science-fiction comedy "What Planet Are You From?"; and the romcom "The Wedding Singer," another Adam Sandler comedy.

In 2002, Grey, along with Brad Pitt and Jennifer Aniston, established the production company Plan B. For Warner Bros., the company produced Tim Burton's "Charlie and the Chocolate Factory," released in 2005, and Martin Scorsese's "The Departed," released in 2006. Plan B was moved to Paramount Pictures following the separation of Pitt and Aniston.

In 2005, Grey became the CEO of Paramount Pictures, and was made responsible for overseeing the development of all feature films as well as films distributed by the greater Paramount Pictures Corporation. Moreover, he was responsible for the worldwide business operations of various Paramount subsidiaries. During Grey's tenure at Paramount, the company produced a plethora of critical and commercial hits, including "Babel," "No Country for Old Men," "Iron Man," "The Curious Case of Benjamin Button," "The Fighter," and "Hugo." Grey was credited with leading Paramount to a return to box-office success; he oversaw the creation and rejuvenation of a number of major franchises, notably "Transformers," "Star Trek," and "Paranormal Activity." The latter was a particularly big hit, grossing $192 million on a budget of just $15,000. Other blockbusters were "Transformers: Dark of the Moon," which grossed over $1 billion globally in 2011, and the political satire "The Dictator," which made $179 million on a $65 million budget.

Under Grey's leadership, Paramount launched several new divisions, including Paramount Animation; the worldwide releasing arm Paramount Pictures International; and the low-budget releasing label Insurge Pictures. Overall, Paramount's films received dozens of Academy Award nominations during Grey's tenure as chairman and CEO, including 20 nominations in 2011 and 18 nominations in 2012. However, despite his great success, he was ousted from the company shortly before his death due to a power struggle between his backers and the family of Sumner Redstone, the company's majority owner. This was compounded by a string of flops that lost the studio around $450 million.

Grey ran into a few significant legal issues during his career. In the late 90s, he was sued by his client Garry Shandling for breach of duties, with Shandling claiming that his television sitcom lost its best creative personnel when Grey got them deals on other projects. Grey denied these accusations and ended up countersuing; ultimately, both suits were settled out of court. Also in the late 90s, Grey and Shandling were accused of firing actress Linda Doucett from "The Larry Sanders Show" when her romantic relationship with Shandling came to an end. Doucett reportedly received a $1 million settlement.

Grey's most major legal case was with small-time actor Bo Zenga of Boz Productions, who sued Grey and his company for breach of contract. However, pretrial evidence found that significant parts of Zenga's resume had been fabricated, and his suit was ultimately thrown out. Zenga filed a new suit against Grey personally in 2006, charging him with using private investigator Anthony Pellicano to wiretap and organize illegal background checks on Zenga during the initial case. Like the first suit, this one too was dismissed.

In 1982, Grey married Jill Gutterson; they divorced much later in 2007. A few years after that, Grey wed Cassandra Huysentruyt, with whom he was with until 2011.

Grey passed away from cancer in May of 2017 at his home in Los Angeles. He was 59 years of age.

In 2010, Brad and his wife Cassandra paid $18.5 million for a large estate in Los Angeles' Holmby Hills neighborhood. They tore down the existing mansion and custom-built a 14,000 square-foot mansion that has 8 bedrooms. A year after his death, Cassandra placed their home on the market for a mind-numbing $77.5 million. She ultimately did not sell the home (as of this writing). Here's a video tour:

Brad previously owned large estate in the Pacific Palisades. In 2010 he sold this home for $21.5 million.

In 2011 Brad paid $15.5 million for an Upper East Side apartment. At one point he tried to sell the property for $22.5 million. After lowering the asking price to a little under $15 million, at one point the Brad's widow rented the unit out for $85,000 per month. 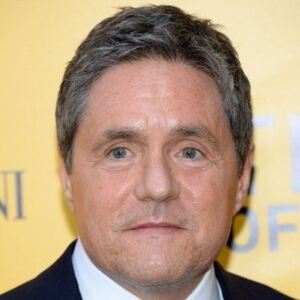