Bob Parsons Net Worth: Bob Parsons is an American entrepreneur who has a net worth of $1.8 billion. Born in Maryland in 1950, Bob Parsons is the founder of Go Daddy. He enlisted in the Marines during the '60s and was deployed to Vietnam as a rifleman. While overseas, Parsons was wounded and spent several months recovering in a military hospital.

He is the recipient of the Combat Action Ribbon, the Vietnam Gallantry Cross and a Purple Heart. He graduated magna cum laude with an accounting degree from the University of Baltimore in 1975 and founded Parsons Technology almost a decade later. A few years later, the company employed nearly one thousand people and was eventually sold for 64 million dollars. Parsons founded GoDaddy in 1997 and served as CEO until 2011 and executive chairman until 2014. He is an active philanthropist and focuses on fixing issues in Phoenix, Arizona, and Haiti. Parsons attracted controversy in 2011 for shooting and killing an elephant while on a trip to Zimbabwe. PETA pulled its web hosting from GoDaddy and several media organizations condemned the video. Parsons defended his actions, saying he was helping the people of Zimbabwe. He was a financial backer of Mitt Romney's presidential campaign in 2012. He is married to his wife, Renee, and resides in Phoenix. 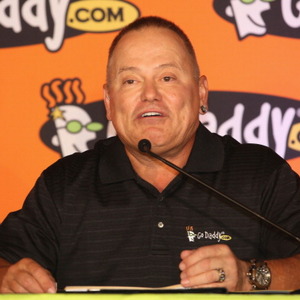