Bob Hurley net worth and salary: Bob Hurley is an American businessman and entrepreneur who has a net worth of $10 million. Bob Hurley is best known for being the founder of Hurley International which is known for their surf apparel and accessories.

After attending Ocean View High School, Bob worked a number of jobs including as a waiter. His most important early job was at the Wind and Sea Surf Shop. This is where he learned surfboard shaping, eventually earning praise for his creations from local surfers. In 1979 he launched Hurley Surfboards in Costa Mesa, California. Throughout the 1980s Bob shaped surf boards primarily for individuals but some of his clients were among the best surfers in the world. After noticing that non surfers were attracted to the surf lifestyle, Bob and business manager Joe Knoernschild negotiated the rights to establish an American branch of Australian apparel company Billabong. Billabong USA was subsequently established as a new and separate company. By 1998 Billabong USA was generating $70 million worth of revenue and had 150 employees. Around this time the license agreement with Billabong was coming up. It wasn't necessarily bad news, as Hurley's team had been formulating its own plans. The team opted not to renew the contract and instead moved forward in launching its own brand, Hurley International which was officially born in 1999. Hurley International was profitable in its first year and would go on to become one of the most well-known and beloved surf/skate lifestyle brands in the world.

In February 2002, certain of Hurley International's assets were sold to Nike for a reported $120 million (according to the Orange County Business Journal). In October 2019, Nike sold its Hurley assets to a company called Bluestar Alliance LLC.

Corrections and Clarifications: An earlier version of this article incorrectly stated that Hurley International was founded in 1979 when it was actually Hurley Surfboards. We also previously stated that in those early years, Hurley was a surfboard shaper for other companies, when in fact he worked primarily for individuals and occasionally for companies. We also previously stated that Hurley was sold to Nike in 2002 when, according to Hurley's attorneys, "certain of Hurley International's assets were sold to Nike". 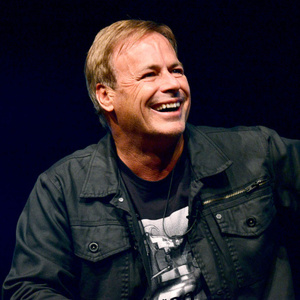