Bo Peabody Net Worth: Bo Peabody is an American entrepreneur, venture capitalist and internet executive who has a net worth of $10 million. Bo Peabody was born in 1970 and is best known as the co-founder of Tripod.com (one of the earliest dot-coms, in 1992). Tripod.com, a web hosting service originally aimed its services toward college students and young adults and one of several sites trying to build online communities during the '90s.

As such, Tripod also formed part of the first wave of user-generated content. Tripod.com was created by Williams College classmates, Bo Peabody and Brett Hershey, along with Dick Sabot, an economics professor at the school. The company was headquartered in Williamstown, Massachusetts with Peabody serving as CEO. Although Tripod.com would eventually focus on the internet, Tripod also published a magazine called Tools for Life that was distributed with textbooks, with a discount card for students. The company was the eighth-largest site on the Internet when it was sold to Lycos in 1998 for $58 million. Following the sale of Tripod.com, Peabody went on to found several other companies. In 1998, he co-founded Streetmail (Waterfront Media), now called Everyday Health. Later, he co-founded VoodooVox (2000), FullTurn Media (2004) and UplayMe (2006). In January 2014, Peabody was diagnosed with a malignant tumor, only to have the diagnosis overturned and the tumor reclassified as an angiomyxoma, a benign tumor involving blood vessels that can be removed without much chance of recurrence. Bo Peabody is now a partner at Greycroft Partners in New York. He authored the book Lucky or Smart which was published by Random House. 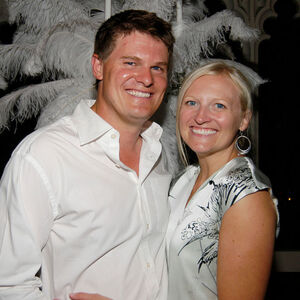