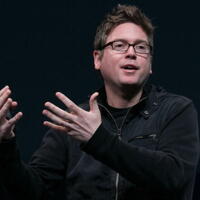 Biz Stone net worth and salary: Biz Stone is an American businessman, software engineer and entrepreneur who has a net worth of $250 million. Biz Stone was born Christopher Isaac Stone in Boston, Massachusetts on March 10, 1974. He graduated from Wellesley High School and attended, Northeastern University and the University of Massachusetts, but did not receive a diploma from either school. He is probably most famous for being one of the founders of Twitter, but he also helped create and launch Xanga, Blogger, Odeo, The Obvious Corporation and Medium. In 2012, he co-founded a start-up called Jelly Industries where he now serves as CEO. The Jelly app came out in January 2014 and is a picture-based search service that lets users respond to a friend's question with a link, by drawing on the original image, or by simply using text. Stone is considered an angel investor and advisor in the startup community and has backed many companies within a diverse group of industries. He has published two books, Blogging: Genius Strategies for Instant Web Content and Who Let The Blogs Out?, has appeared as an op-ed columnist in The Atlantic, and has a long running personal blog of his own. Stone is a vegan, a lifestyle change he made after visiting a farm sanctuary, and he is actively involved in social and charitable causes pertaining to the environment, animal welfare, poverty, health and education. Stone lives in Marin County, California with his wife Livia and his son, Jacob. He announced that he would be returning to Twitter in 2017.