Bill France, Jr. Net Worth: Bill France, Jr. was an American motorsports executive who had a net worth of $2 billion dollars. Born April 4, 1933 in Washington, D.C., he was also known by his nickname "Little Bill" and was the son of the late Bill France, Sr. Bill France, Jr. took over Nascar from his father, when it was a regional stock-car racing attraction, and transformed it into a multibillion-dollar enterprise with a national presence.

France, Jr. had been in declining health since having a heart attack in 1997 at a Nascar race in Japan. Two years later, he learned he had cancer. After undergoing surgery for a broken hip and later a triple bypass in 2002, he turned over his roles as chairman and chief executive of Nascar to his son Brian in 2003. At that point, France, Jr. had led the enterprise for more than 30 years. Besides owning Nascar, the France family also has controlling interest in the publicly owned International Speedway Corporation. The corporation owns and operates many of the country's major tracks, including at Daytona Beach; Talladega, Ala.; Darlington, S.C.; Watkins Glen, N.Y. France, Jr. was known as a shrewd and iron-willed executive. Whatever his method, France, Jr. knew how to satisfy the track owners and car owners. He became involved in his father's business as a young man and returned to it after attending the University of Florida in Gainesville and serving two years in the Navy. At various times at racetracks, he was a corner worker, flagman and chief steward; he dug post holes, parked cars, sold programs, repaired guard rails, worked in concession stands and took tickets. Bill, Sr. died in 1992 and in 2000, Bill, Jr. made Mike Helton, Nascar's then senior vice president, the new president. When Bill Jr. retired as Nascar chairman in 2003 in favor of his son, Brian, he remained a vice chairman as well as the chairman of International Speedway Corporation. William Clifton France, Jr. died of lung cancer on June 4, 2007. 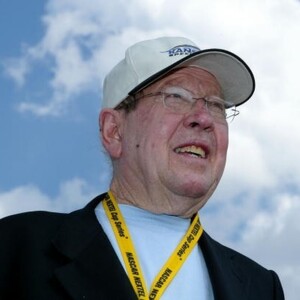