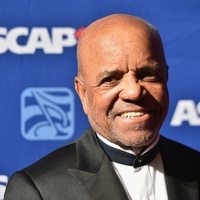 What is Berry Gordy's Net Worth and Salary?

Berry Gordy is an American record executive and producer who has a net worth of $400 million. Berry Gordy earned fortune and fame as the founder and president of Motown Records, and for being behind the careers of mega stars like Smokey Robinson, Stevie Wonder, The Temptations, Gladys Knight and the Pips, and The Jackson 5.

Berry Gordy III, known professionally as Berry Gordy Jr., was born on November 28, 1929, in Detroit, Michigan. He was the seventh of eight children. Gordy and former U.S. President Jimmy Carter share the same great-grandfather, the Georgian plantation owner James Gordy. Gordy's grandfather was born to James Gordy and an enslaved woman on his plantation.

Gordy dropped out of high school in 11th grade in order to pursue a career as a professional boxer. That career did not last long and soon he was drafted into the Army during the Korean War. When he returned from the war, Gordy opened a record store called 3-D Record Mart. The store specialized in selling jazz albums to a largely African-American customer base. In his free time Gordy also wrote songs, one of which "Reet Petite" became a hit for singer Jackie Wilson. Using the profits earned from "Reet Petite", Gordy began writing and producing full time.

Between 1957 and 1959, Gordy produced tracks and albums for a number of up-and-coming artists, including The Miracles (originally known as the Matadors), led by a young musician named Smokey Robinson. Smokey knew a good thing when he saw it, and encouraged Gordy to think bigger.  In 1959, with an $800 loan from his family, Gordy launched Tamla Records, an R&B label. The first track released by Tamla was Marv Johnson's "Come to Me", and it was a success. The song "Bad Girl" by The Miracles, was released the same year under Gordy's second label, Motown, and proved to be a success as well. He soon merged Tamla and Motown into the Motown Record Corporation in late 1959.

By 1966, Motown had 450 employees and generated $20 million in revenues ($144 million in today's dollars). Throughout the late 1960s and 1970s, Motown became one of the most successful independent record companies ever to exist. In 1972, Gordy moved to Atlantis, where he successfully produced a number of films like "Lady Sings the Blues" (1972), which stars Diana Ross; "Mahogany" (1975), which he also directed, and which also stars Ross; and the martial arts film "The Last Dragon" (1985).

In 1988, Gordy sold his stake in Motown to MCA Records for $61 million ($120 million in today's dollars). He also sold his interests in the Motown song catalog controlled by his subsidiary Jobete Publishing to EMI Publishing. The catalog contains 15,000 songs, 240 of which he wrote himself. A few years later, Polygram bought the entire Motown catalog, paying $330 million for the songs. Today, Gordy is worth at least $400 million. He is credited with launching the careers of influential artists like the Supremes, Marvin Gaye, the Temptations, the Four Tops, and Stevie Wonder, and he also wrote numerous hit songs for famous acts like The Jackson 5. Thanks to his work in the music industry, Gordy was inducted into the Rock and Roll Hall of Fame in 1988. Then, in 2013, he was honored with the Songwriters Hall of Fame's Pioneer Award, making him the first living individual to receive that award. Another notable honor he has received is the National Medal of Arts, which President Barack Obama presented to him in 2016. At the ceremony, Obama credited Gordy with "helping to create a trailblazing new sound in American music." 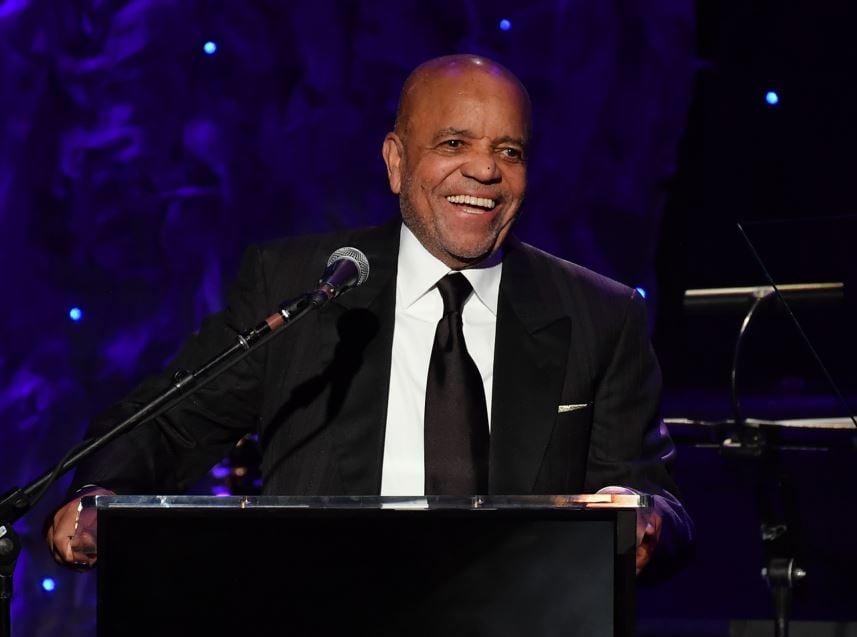 In addition to churning out hit songs and developing new artists, Gordy also dedicated time and effort towards a number of other projects. In 1994, he published an autobiography, "To Be Loved". In 2011, he began working on developing a Broadway musical about Motown. The resulting show, "Motown: The Musical", ran at the Lunt-Fontanne Theatre from April 2013 to January 2015. A UK version of the show opened in the West End in January 2016.

Gordy has been married and divorced three times, and he has a total of eight children. In 1953, after he returned from deployment in the Korean War, he married his first wife Thelma Louise Coleman in Toledo, Ohio. They got divorced in 1959, just six years later. Together, Gordy and Coleman share three children. Gordy was married to his second wife, Raynoma Mayberry Liles, from 1960 to 1964. Together they have one son. He married his third wife, Grace Eaton, in 1990, and they divorced in 1993. Gordy also shares a daughter with Jeana Jackson, a son with Margaret Norton (who has his mistress at the time), a daughter with singer Diana Ross, and a son with Nancy Leiviska.

In 1997, Gordy sold his longtime Malibu mansion for $6 million to entertainment executive Michael Ovitz. He had owned the house since 1975. Gordy sold a condo in Century City, California for $2 million in 2014. The jewel of Gordy's real estate portfolio is his Bel-Air residence. He bought his first parcel of Bel-Air in 1976. Over the years he expanded, and today he owns three contiguous parcels that together create one 4-acre compound. The property's main house is 10,000 square feet and features 13 bedrooms and 9 bathrooms. He also owns a nearby parcel that has a 5,000 square foot house. Together the Bel Air properties are potentially worth $50-70 million.