Bernt Bodal Net Worth and salary: Bernt Bodal is a Norwegian-American businessman and former musician who has a net worth of $200 million dollars. He is notable for being the former CEO of American Seafoods, one of the largest seafood companies in the US. Bernt is also a partner in Rock N Roll Fantasy camp.

Bernt Bodal was born in Oslo, Norway, and grew up in small town just outside of Oslo. He was originally focused on a career in music, and released three albums with his band, Host. He also performed with numerous famous musicians, including Sammy Hagar and Roger Daltrey. After his parents moved to the United States to work in the fishing industry, he decided to follow suit and began working for a fish processing company in Massachusetts as a fisherman.

American Seafoods: In 1999 Bernt and a group of investors acquired the company American Seafoods. He became CEO, a position he held until 2017. Today the company has annual revenues of $600 million and Bernt is the majority shareholder. In 2012, he was featured on the reality television series, "Undercover Boss". The show followed him as he spent time on one of his boats working as a fisherman.

Personal Life and Real Estate: Bernt Bodal was married to Elizabeth Lynn Vargas for 17 years. They were together for 20 years. In 2020 it was confirmed that Elizabeth had been chosen to join the cast of The Real Housewives of Orange County.

Sylvester Stallone has a property a few doors down and several Kardashian family members also own homes in the exclusive gated community.

In 2017, likely in the wake of their separation, Bernt and Elizabeth listed the home for sale for $11.9 million. It took over three years and several price reductions but they finally found a buyer in July 2020 for $8.5 million. 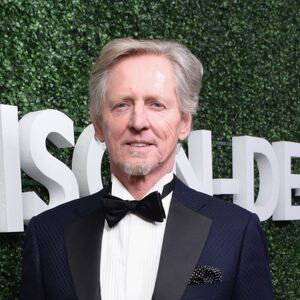