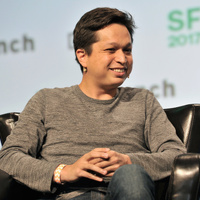 Ben Silbermann net worth: Ben Silbermann is an American Internet entrepreneur and CEO who has a net worth of $1.6 billion dollars. Born in Des Moines, Iowa, Ben Silbermann was initially interested in becoming a doctor, but shifted his focus later in his college years. He began working as a consultant in Washington, D.C., while learning as much as he could about technology and applications. He was subsequently hired to design products for display ads at Google. After he began to feel hemmed in by the lack of technological creativity at his job, he resigned. With his business partner and friend from college, Paul Sciarra, he began working on a website that would allow users to share photos. The site took almost a year to take off, but by June of 2011, Pinterest, their online photo-sharing platform, had nearly 10 million users. The site currently has over 20 million users, and now has an iPhone app, and an iPad app in development. Mr. Silbermann gave his personal contact number to the first 5000 people who signed up for Pinterest during its first few months, and talked at length with many of them about ways to improve the site.