What is Barry Diller's Net Worth and Salary?

Barry Diller is an American businessman who has a net worth of $5 billion. He earned his fortune as the founder, Chairman, and Senior Executive of IAC/InterActiveCorp (IAC). Previously he was a highly-successful media executive at Paramount Studios, and he helped created the Fox Broadcasting Company and USA Broadcasting.

A self-made man, Barry's excellent negotiation skills helped him make his way up in the world of business, thus acquiring the nickname "Diller Killer," as he always got what he wanted. Diller produced the 2014 film "Top Five" and the 2017 documentary miniseries "Five Came Back," and in 1990, the Directors Guild of America presented him with an Honorary Life Member Award. The American Academy of Achievement honored Barry with a Golden Plate Award in 1992, and he was inducted into the Television Hall of Fame two years later. In 2020, he was ranked #278 on "Forbes" magazine's list of the richest people in America.

Barry Diller was born Barry Charles Diller on February 2, 1942, in San Francisco, California. He grew up in a Jewish household with mother Reva and father Michael (a real estate developer). Barry attended Beverly Hills High School, and after graduation, he enrolled at the University of California, Los Angeles (UCLA), but he dropped out after a few weeks.

Diller's career began in the William Morris Agency's mailroom, and he used the opportunity to scour the company's archives and learn about the entertainment industry. Barry later worked as an assistant to the West Coast head of ABC, Elton Rule, who took Diller to New York City when he was promoted to the president of the network in 1964.

After being put in charge of negotiating the rights for ABC to broadcast feature films, Barry was promoted in 1965, becoming Vice President of Development. He is credited with creating the ABC Movie of the Week, which started the trend of movies being made exclusively for TV.

Diller became the Chairman and CEO of Paramount Pictures Corporation in 1974, and during his decade with the company, Paramount produced several hits, including "Laverne & Shirley," "Cheers," "Taxi," "Grease," "Saturday Night Fever," and the first two films in the "Indiana Jones" franchise. He worked at 20th Century Fox from 1984 to 1992, serving as the Chairman and CEO, and he was responsible for launching the Fox network and greenlighting "The Simpsons" and "Married… with Children." 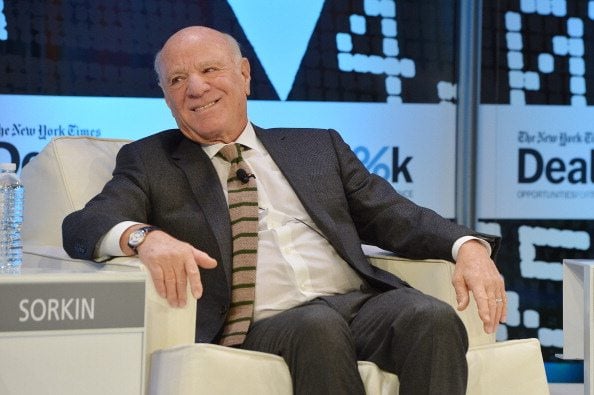 After quitting his job at 20th Century Fox, Barry bought a $25 million stake in the QVC network, and he tried to buy Paramount Communications, but he lost out to Viacom. He left QVC in 1995, then acquired the rights to the USA Network and the Home Shopping Network after purchasing the assets of Silver King Broadcasting. Diller later sold the USA Network to Vivendi, and Silver King Broadcasting eventually became known as InterActiveCorp (IAC). IAC later included companies such as HomeAdvisor, Citysearch, CollegeHumor, UrbanSpoon, and Tinder. In 2005, Diller became the Chairman of Expedia while serving as the Chairman and CEO of IAC, and he left his position as CEO of IAC in 2010 to become the company's senior executive. Barry joined the board of Coca-Cola in 2002, and he followed suit with MGM Resorts International in 2020 after IAC bought a huge stake (close to $1 billion) in the company.

Diller invested in the streaming service Aereo in 2012, but the company was shut down in 2014 because the Supreme Court ruled that it violated copyright laws. In 2013, he began co-producing Broadway shows with Scott Rudin (the first producer to win an EGOT – Emmy, Grammy, Oscar, and Tony), such as "West Side Story," "To Kill A Mockingbird," "Carousel," and "Three Tall Woman." IAC Films has backed several Rudin-produced movies, including "Lady Bird," "Eighth Grade," and "Uncut Gems." In 2019, Expedia's CEO stepped down, so Barry and Vice Chairman Peter Kern had to take over day-to-day operations in early 2020. During the COVID-19 pandemic, the shares of Expedia and many other travel companies plummeted, and in April 2020, Diller announced that Expedia wasn't bringing in revenue and would need to reduce spending, possibly cutting annual advertising costs from $5 billion to under $1 billion.

Barry married famed fashion designer Diane von Fürstenberg on February 2, 2001, and became stepfather to Diane's adult children, Princess Tatiana and Prince Alexander, from her marriage to Prince Egon von Fürstenberg. According to a 2001 article in "New York Magazine," before his marriage to von Fürstenberg, Diller "lived most of his adult life as a more or less openly gay man." Barry is a Democrat, and in 2016, he hosted a "Conversation and Dinner with Hillary Clinton" event at his home. He co-chaired the fundraiser with Michael Eisner, the former CEO of Disney, and tickets went for $100,000 per couple. Barry and Diane launched the Diller-von Fürstenberg Family Foundation in 1999 to "positively impact the world by improving people's lives and strengthening communities." In 2011, the foundation donated $20 million toward the completion of Manhattan's High Line park project. Diller gave a $30 million donation to the Hollywood Fund in 2012, and in 2015, he and von Fürstenberg gave $113 million to help fund a floating public park/performance space on a Hudson River pier.

In February 2020, Barry and Diane paid $4.3 million for a 2,711 square foot home in Beverly Hills. The 3-bedroom, 4-bathroom house is next door to the home the couple has lived in for years, which sits on nearly three acres of land. 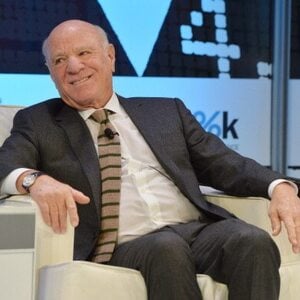