Barney Visser Net Worth: Barney Visser is an American businessman and co-owner of Furniture Row as well as Furniture Row Racing in the NASCAR Sprint Cup Series who has a net worth of $200 million dollars. Barney Visser was born in 1949 graduated from Thomas Jefferson High School. He volunteered in the Vietnam War for 21 months after high school, and he served as a paratrooper for 11 months in the 173rd Airborne Brigade between July 1968 and June 1969.

Later, he started manufacturing big poof pillows. He owned eight stores called Pillow Kingdom in 1977, when he decided to start his first waterbed store called Big Sur Waterbeds. That company was so successful that he changed the whole company into waterbed stores. He estimates that the company held 85 stores in the mid-1980s. He has owned stores under the Denver Mattress, Sofa Mart, Oak Express and Bedroom Expressions names. Visser decided to retire from his businesses, so he started racing at Colorado National Speedway as a hobby. He met Jerry Robertson, and the two decided to form a NASCAR Busch Series (now Nationwide Series) team in 2005. Furniture Row Racing, based in Denver, Colorado is one of a few Sprint Cup teams not based in North Carolina. 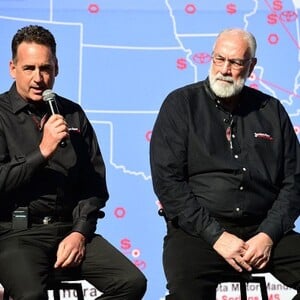