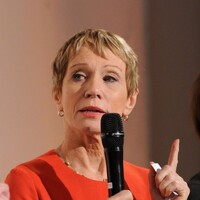 What is Barbara Corcoran's Net Worth?

Barbara Corcoran is an American businesswoman, investor, consultant, author, and television personality who has a net worth of $100 million. Corcoran is most famous for being a "Shark" investor on the ABC TV program "Shark Tank," which began airing in 2009. In 1973, she founded an NYC real estate firm called The Corcoran Group (originally called Corcoran-Simone), which she sold to NRT (National Realty Trust) in 2001 for $66 million. Barbara has hosted the podcasts "888-Barbara" and "Business Unusual with Barbara" and CNBC's "The Millionaire Broker with Barbara Corcoran." She has written 3 books as well as columns for "Redbook," "More," "The Daily Review," and the "New York Daily News."

Barbara Corcoran was born Barbara Ann Corcoran on March 10, 1949, in Edgewater, New Jersey. She grew up with 9 siblings in an Irish-Catholic household. Barbara, who has dyslexia, studied at St. Cecilia High School before flunking out and transferring to Leonia High School. Barbara earned a degree in education from St. Thomas Aquinas College in 1971, then spent a year teaching school. Corcoran has said that she held 22 different jobs before beginning her real estate career.

At age 23, Corcoran began working as a receptionist at the Giffuni Brothers' real estate firm. She wanted to start her own business, so she borrowed $1,000 from her boyfriend, Ray Simone, and the two co-founded real estate firm Corcoran-Simone, in 1973. Seven years later, the couple split up after Ray left Barbara for her secretary; he told Corcoran she wouldn't succeed without him, and she's been proving him wrong ever since. Corcoran-Simone became The Corcoran Group, and it was such a success that Barbara sold it for an astounding $66 million in 2001. 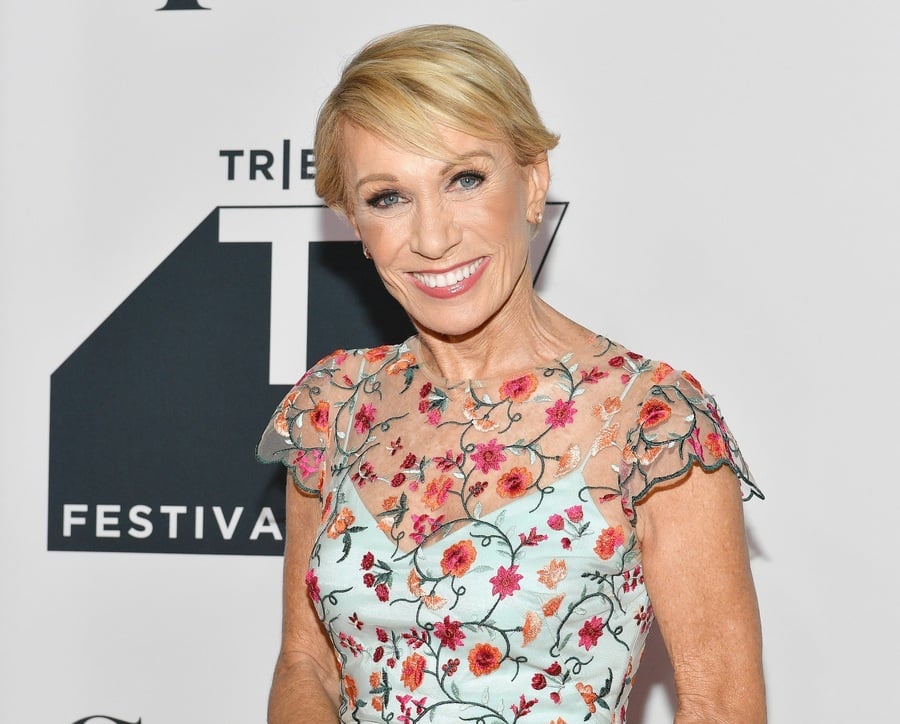 Barbara began publishing real estate newsletter "The Corcoran Report" in the mid-1970s, and she has written the books "If You Don't Have Big Breasts, Put Ribbons On Your Pigtails: And Other Lessons I Learned From My Mom" (2003), "Nextville: Amazing Places to Live Your Life" (2008), and "Shark Tales: How I Turned $1,000 into a Billion Dollar Business" (2011). Corcoran began appearing on "Shark Tank" alongside Kevin O'Leary, Daymond John, Robert Herjavec, and Kevin Harrington in 2009, and the show has won 4 Emmys and 4 Critics Choice Television Awards. Barbara competed on season 25 of "Dancing with the Stars" in 2017, and Corcoran and her partner, Keo Motsepe, were the first couple to be eliminated. Barbara has appeared as herself on several television shows, including "Drop Dead Diva" (2013) and "Grace and Frankie" (2020).

Barbara married retired Navy captain/former FBI agent Bill Higgins in 1988, and they welcomed son Tom in 1994 after Corcoran underwent in vitro fertilization using an egg from her sister Florence. The couple also has a daughter, Kate, who they adopted in 2005.

In 2001, Barbara and Bill paid $3.5 million for a 2,700 square foot Park Avenue apartment. In 2015, the couple purchased a Fifth Avenue penthouse for $10 million; the 11-room home includes a solarium and conservatory as well as a landscaped terrace.