What is Arthur Blank's Net Worth?

Arthur Blank is a businessman and philanthropist who is best known for co-founding the home improvement retail company the Home Depot. Arthur Blank has a net worth of $7 billion. Arthur Blank is one of the richest people in Georgia. Additionally, he owns the Atlanta Falcons of the NFL and Atlanta United of the MLS. Under his ownership, the latter team won the 2018 MLS Cup.

After working as an accountant for various companies, including Arthur Young and Company and the Daylin Company, he became Vice President of Finance for the Handy Dan Improvement Centers. However, after a dispute with the board, he, and Handy Dan CEO, Bernard Marcus, were fired. The two launched The Home Depot in 1979, and the company grew to be a multi-billion dollar success. He served as the company's president until 1998, and then became CEO. He retired in 2001.

He currently serves as Chairman, President, and CEO of AMB Group, LLC, and is the President of The Arthur Blank Family Foundation, both of which are charitable organizations.

Arthur Blank was born on September 27, 1942 in the Queens borough of New York City to Jewish parents Molly and Max. He has an older brother named Michael. As a teen, Blank went to Stuyvesant High School in Manhattan. Following this, he attended the private business school the Babson Institute, from which he graduated in 1963.

After graduating from Babson, Blank became a senior accountant for Arthur Young and Company. Later, he joined the Daylin corporation, where he rose in the ranks to become president of the corporation's Elliott's Drug Stores and Stripe Discount Stores. When Daylin chose to sell off that particular division, Blank transitioned to another division, Handy Dan Home Improvement Centers. In that division, he served as vice president, while Bernard Marcus served as CEO; both were eventually fired in 1978 during an internal struggle for power.

Following their termination from Daylin in 1978, Blank and Marcus co-founded the Home Depot with Ron Brill and Pat Farrah. Investment banker Ken Langone was brought on to help secure the necessary capital. The Home Depot was created with the aim of providing the public home-improvement superstores that would serve as one-stop shops for DIY homemakers. The first two stores opened in 1979 in the Atlanta, Georgia metropolitan area. Two years later, the Home Depot went public on the NASDAQ, and in 1984, it joined the New York Stock Exchange. By this time, the company was operating 19 stores throughout both Georgia and Florida. It next expanded to Texas in the Dallas area. In 1989, the company eclipsed Lowe's to become the largest home improvement chain in the country. The Home Depot revolutionized the business thanks to its warehouse inventory concept, and made Blank and Marcus billionaires in the process.

For 19 years, Blank served as president of the Home Depot; he then succeeded Marcus as CEO. In 2001, he retired from the company as co-chairman. 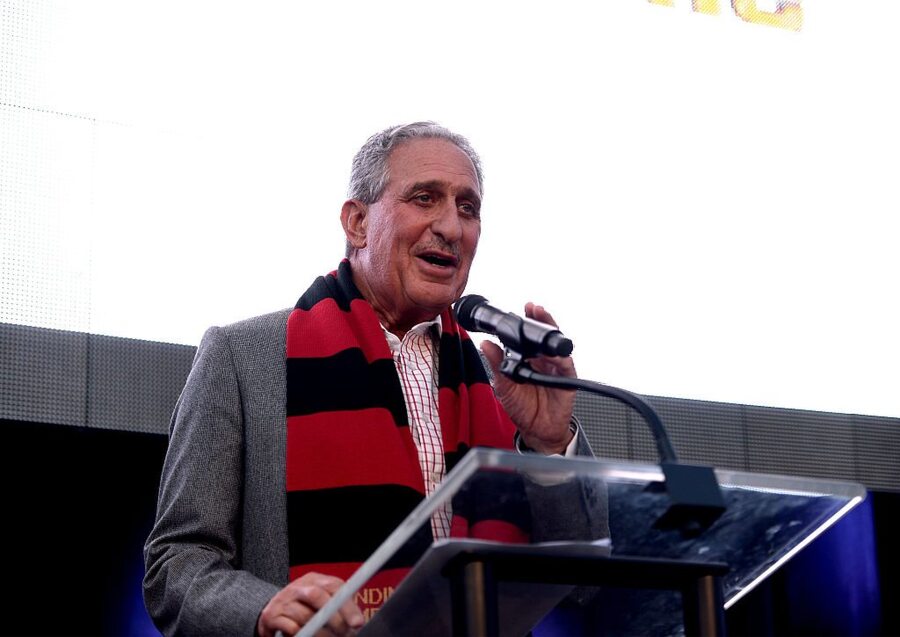 Beyond the Home Depot, Blank is known for his involvement in professional sports ownership. In early 2002, he purchased the NFL's Atlanta Falcons from owner Taylor Smith. Two years later, Blank purchased the AFL's Georgia Force, and moved it to Atlanta from suburban Gwinnett County.

In addition to football teams, Blank is the founder and owner of the MLS team Atlanta United FC, the first MLS franchise to be based in Atlanta. The team, which began playing in 2017, shares Mercedes-Benz Stadium with Blank's own Atlanta Falcons. Notably, Atlanta United won the 2018 MLS Cup under Blank's ownership. The franchise is also estimated to be the second most valuable in the league.

Among his other business ventures, Blank serves as the chairman of AMB Group, the parent company of the Atlanta Falcons and Atlanta United. He also serves as the chairman of his own Arthur Blank Family Foundation, and sits on the board of trustees of Emory University. In 2020, it was announced that the newly built Children's Healthcare of Atlanta hospital would be named in honor of Blank, who donated $200 million to the project through his foundation. The hospital is scheduled to open sometime in 2025.

Blank has been wed and divorced multiple times. His first marriage was to philanthropist Diana Latow, with whom he had three children: Kenny, Dena, and Danielle. The couple divorced in 1993. Two years later, Blank married Stephanie Wray, whom he met when Wray was working as a designer at an Atlanta Home Depot location. Together, they had three children named Joshua, Max, and Kylie; they eventually divorced in 2014. Two years after that, Blank wed his third wife, Angela Macuga, a businesswoman 26 years his junior. The pair separated in 2019 and soon after filed for divorce.

Among his many notable properties, Blank owns both Mountain Sky Guest Ranch and West Creek Ranch just outside Yellowstone National Park in Montana. Additionally, he owns a number of PGA TOUR Superstores. Blank is one of many wealthy individuals to have signed the Giving Pledge, by which he commits himself to giving away at least half of his wealth to charity during his lifetime. 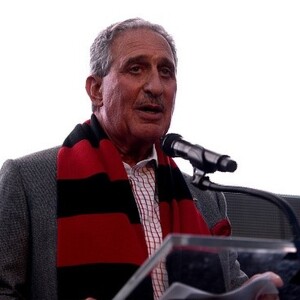