What is Ari Emanuel's Net Worth and Salary?

Ari Emanuel is an American talent agent who has a net worth of $450 million. Ari Emanuel is best-known for being the co-CEO of William Morris Endeavor-IMG (WME-IMG), an entertainment and media agency. Ari was the inspiration for the character "Ari", played by Jeremy Piven, on the HBO series Entourage.

An SEC filing made in March 2022 revealed that in 2021 Ari earned $308 million in total compensation. Of that total, $4 million was base salary, $10 million was a cash bonus and the remainder was made up of stock options.

The salary total made Ari the third highest-paid executive of a public company in 2021. The only executives who earned more were the co-CEOs of the private equity firm KKR, who each earned north of $500 million.

Ari Emanuel was born March 29, 1961 in Chicago, Illinois. He was raised in suburban Wilmette, Illinois. He has two brothers and an adopted sister named Shoshana. His brother Rahm Emanuel is the former mayor of Chicago. His other brother is famed bioethicist Ezekiel Emanuel.

Their father, Dr. Benjamin Emanuel, is a pediatrician who was active in the Irgun, a hardline Zionist militant group whose activities in Mandatory Palestine during the '30s and '40s led to its classification of a terrorist organization by British authorities. His mother, Marsha Emanuel, was a civil rights activist and the owner of a Chicago-area rock and roll club and used to take Ari to marches against the Vietnam War while he was growing up. Ari was diagnosed as both hyperactive and dyslexic as a child and his mother spent many hours helping him learn how to read. He graduated from New Trier High School and then Macalester College in St. Paul, Minnesota, where he was roommates with director Peter Berg of "Friday Night Lights" fame.


Emanuel began his entertainment industry career as an agent trainee at CAA. Over time he rose the ranks at ICM Partners where he eventually became a partner. In 1995, Ari and a group of fellow ICM television agents hatched a plan to form their own agency. The plan was discovered by ICM Chairman Jeff Berg who fired the four agents on the spot. On March 30, 1995 the four launched Endeavor.

In April 2009, Emanuel orchestrated Endeavor's takeover of rival William Morris, an 111-year-old agency with a stellar reputation. The move, swiftly approved by the Federal Trade Commission, created a new super-agency of sorts, which boasted a client list of more than 1,000 of the world's most famous and talented actors, writers, musicians, directors and producers. The newly-formed William Morris Endeavor instantly posed a threat to the market dominance of Creative Artists Agency (CAA), a corporate beast founded by the legendary Michael Ovitz in the mid '70s, which had in recent times become so big and so successful that it overshadowed every other player in Hollywood.

In 2013 Endeavor acquired IMG for $2.4 billion. The acquisition was financed with the backing of private equity firm Silver Lake. After the acquisition was completed, Silver Lake was given a 51% stake in the new mega-agency. Emmanuel and his partners were left with 47%.

The estimated current value of WME-IMG is conservatively $10 billion. At that valuation, Ari and Patrick both own stakes worth around $450 million. When Silver Lake invested, Ari and Patrick were also given 10-year employment contracts that pay annual base salaries of $10 million.

An SEC filing revealed that in 2017 Ari sold $160 million worth of his Endeavor equity.

In 2013, it was revealed that Emanuel was unhappy with an interview done of him with his two brothers conducted by NBC anchor Brian Williams. He was reportedly not pleased with the "tone" of the interview. His lawyer sent a letter to NBC over the issue. Emanuel and Whitesell have both been named to Fortune's Businessperson of the Year list. In 2013, Fortune called him "one of the biggest guns in the consolidating entertainment business." Since September 2007, Ari has served as a member of Live Nation Entertainment board of directors.

Emanuel is married to Sarah Hardwick Addington and the couple has three sons together. Emanuel gained widespread media attention in July 2006 when he called on Hollywood to blacklist Mel Gibson due to Gibson's anti-Semitic remarks during his DUI arrest.

Emanuel is an active fundraiser for the Democratic party and donated $2,7000 to Hillary Clinton in the 2016 U.S. presidential election.

Emanuel has been active in art philanthropy and has long been on the board of trustees of P.S. Arts, a Los Angeles-based nonprofit that works to bring art education programs to Southern California schools. He also helped the Museum of Contemporary Art in Los Angeles establish MOCAtv, a dedicated YouTube art channel. In 2012, he joined the museum's board

In 2015, Ari spent $9.8 million to buy a home in Los Angeles which he still owns but is not his primary residence. That same year Ari spent $16.55 million on a property in the Brentwood neighborhood of Los Angeles. In 2018 he spent $11.5 million to buy his neighbor's property, in the hopes of creating what would have been an incredible, 1.25-acre compound. For whatever reason Ari abandoned the compound plans and ended up selling the first Brentwood house for $19.4 million. A nice win that was unfortunately wiped out when he sold the second house for $6.5 million, a roughly $4 million loss.

In October 2020 Ari spent $27.5 million on a home in Beverly Hills, California. The seller was Edward Slatkin who owns several boutique hotels, including the side-by-side Santa Monica properties Shutters on the Beach and Hotel Casa del Mar. Slatkin originally listed the home for $36 million. 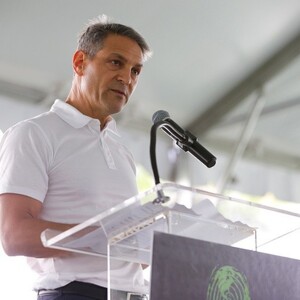