Arash Ferdowsi net worth: Arash Ferdowsi is an American businessman and entrepreneur who has a net worth of $1.3 billion. Arash Ferdowsi was born in Overland Park, Kansas in October 1985. He is best known for being the co-founder and chief technology officer of Dropbox. Ferdowsi dropped out of Massachusetts Institute of Technology to focus on his business.

He launched Dropbox in 2007 with his business partner Drew Houston. The company moved to San Francisco, California and raised venture capital. Ferdowsi has been named to Inc. Magazine's "30 Under 30" top entrepreneurs list, Fortune Magazine's "40 Under 40" list, and has been awarded a TechCrunch Crunchie for "Founder Of The Year". Arash Ferdowsi is the son of Iranian immigrants. After Dropbox went public in March 2018 Arash Ferdowsi was turned into an instant billionaire. Within a few months his net worth had grown to $1.3 billion. The IPO left his co-founder Drew Houston with a net worth of $3 billion. 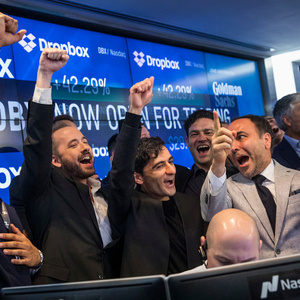