He was born in India and moved with his family to Canada in 2000. Mehta studied at the University of Waterloo and worked for Blackberry, Qualcomm, and Amazon. He co-founded Instacart in 2012 after failing with 20 other startup ideas. He started off making deliveries himself. For a fee typically under $10, Instacart customers can order groceries through a mobile app that are delivered in an hour or two. The company raised $220 million at a $2 billion valuation in 2015. At that point his net worth was $400 million paper. In 2018 the company raised money at and $8 billion valuation, leaving him with an $800 million net worth. In 2020 the company raised money at a $13.7 billion valuation, leaving Apoorva with a net worth of $1.2 billion, crossing billionaire status for the first time.

Instacart's revenues exploded by more than 500% in the wake of Coronavirus. 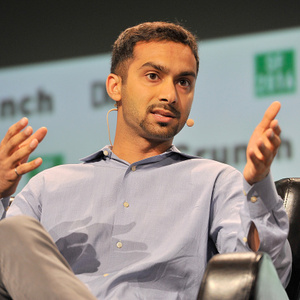