What Is Anne Wojcicki's Net Worth?

Anne Wojcicki is an American businesswoman and entrepreneur who has a net worth of $800 million. Wojcicki is the co-founder and Chief Executive Officer of the biotechnology and personal genetics company 23andMe. Anne co-founded 23andMe with Linda Avey and Paul Cusenza in 2006, and in 2008, "Time" magazine named their personal genome test "Invention of the Year."

In 2013, Wojcicki was named "The Most Daring CEO" by "Fast Company," and she co-founded the Breakthrough Prize, which rewards "research into curing diseases and extending human life." Anne was featured on "Forbes" magazine's "Global Game Changers List 2017," and in 2021, she was ranked #25 on its "America's Richest Self-Made Women" list and #90 on its "World's Most Powerful Women" list.

In June 2021, 23andMe entered into a merger with Richard Branson's VG Acquisition Corp and was renamed 23andMe Holding Co. The deal "raised nearly $600 million and boosted 23andMe's value to $3.5 billion."

In the late 1990s, her sister Susan was living in a house in Menlo Park, California. To earn extra money, in September 1998 Susan rented her garage to two Stanford PhD students who had recently launched an internet search engine. Those students were Larry Page and Sergey Brin. Their company was Google.com.

Anne never worked for Google but Susan was Google employee #16 and today serves as CEO of YouTube. Through Susan, Anne met and began dating Sergey Brin. They married in 2007 and had two children together before divorcing in 2015. Technically they separated in 2013.

Anne Wojcicki was born Anne E. Wojcicki on July 28, 1973, in Palo Alto, California. Her mother, Esther, is a Jewish journalist and educator, and her father, Stanley, is a Polish American professor emeritus at Stanford University and was formerly the chair of the school's physics department. Anne has two older sisters, Susan and Janet, and the family lived on the Stanford campus. Susan is the CEO of YouTube, and Janet is an epidemiologist and anthropologist. As a teenager, Wojcicki enjoyed figure skating and ice hockey, and she served as editor of "The Oracle" newspaper at Gunn High School. She also wrote for the school newspaper and earned a scholarship for her stories about sports. In 1996, Anne graduated from Yale University with a Bachelor of Science degree in biology, and as a college student, she was a member of the school's varsity women's ice hockey team. She also conducted molecular biology research at the University of California, San Diego, and the National Institutes of Health.

After college, Wojcicki found work as a health care consultant at the investment funds Passport Capital and Investor AB. She spent four years as a health care investment analyst, overseeing investments in health care with a focus on biotechnology companies. Anne became disillusioned by Wall Street's attitude toward health care and decided to switch her focus to biological research. In 2006, she became the co-founder and CEO of the DNA testing company 23andMe, which is dedicated to helping people "gain deeper insights into personal ancestry, genealogy and inherited traits." In 2007, 23andMe received a $3.9 million investment from Google, and in 2015, the Food and Drug Administration began approving the company's health-related tests. 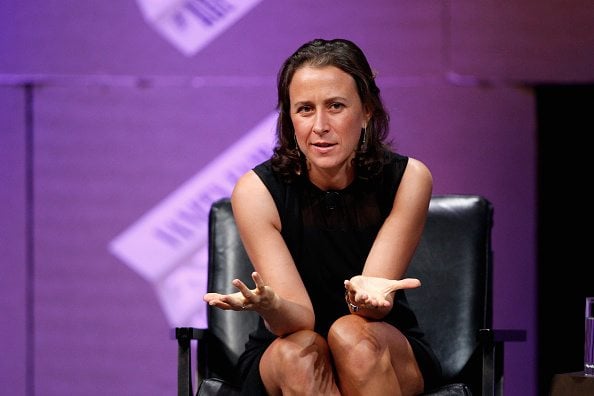 In 2018, 23andMe partnered with GlaxoSmithKline (which invested $300 million in the company) and gave the pharmaceutical company exclusive rights to use the test results of 23andMe's customers to develop new drugs. Wojcicki announced the news on the 23andMe blog, writing, "We all have some disease or health issue that we care about. 23andMe has created a research platform to enable customers to actively participate in research — to not wait for solutions to appear, but for people to come together and make discoveries happen.  By working with GSK, we believe we will accelerate the development of breakthroughs. Our genetic research — powered by millions of customers who have agreed to contribute — combined with GSK's expertise in drug discovery and development, gives us the best chance for success." Anne is a member of an "unrivaled group of leading technologists, scientists, and business innovators" known as the Xconomists, and she joined the board of the London-based online car retailer Cazoo in 2021.

Anne met Sergey Brin, the co-founder of Google, through her sister Susan Wojcicki, who was Google's first marketing manager and now oversees YouTube. The couple married in May 2007, and they welcomed son Benji (born 2008) and daughter Chloe (born 2011) before divorcing in 2015.

After Anne and Sergey split up, they continued to run The Brin Wojcicki Foundation together, which donated $1 million to the Hebrew Immigrant Aid Society in 2009 and $500,000 to Wikipedia in 2011. That year the foundation announced a $50-million challenge to support The Michael J. Fox Foundation for Parkinson's Research, promising to match donations through the end of 2012.

After divorcing Brin, Wojcicki dated former professional baseball player Alex Rodriguez for nearly a year; they split up in 2016. 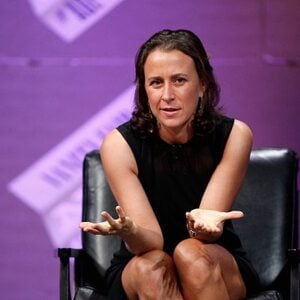