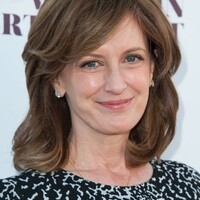 Anne Sweeney net worth and salary: Anne Sweeney is an American business woman who has a net worth of $30 million. Anne Sweeney is born and raised in Kingston, New York. She first started her career with Nickelodeon, where she spent almost twelve years on different executive positions. Her biggest accomplishment at Nickelodeon was its international expansion as well. As a result of those efforts she also managed to make a joint venture with the biggest UK production – British Sky Broadcasting. Her success at Nickelodeon has helped her build the reputation as one of the most successful and most prominent Business woman in the world.

Her next career stop was at FOX. There she stayed from 1993 to 1996, considered a golden period for the company. During that period she worked as the chief executive officer of FX Networks, successfully launching two cable networks, FXM and FX. Even today, the launch of those two networks is considered as the most successful in history.
In 1996 she left FOX and went to work for the Walt Disney Company. There she was appointed as a VP of ABC TV group and chairman of Disney Media. In 2004 she succeeded John F. Cooke and became the CEO of the entire Disney Channel and the ABC group.

Throughout the years she received a numerous awards such as woman of the year in 1997, executive of the year in 1994, award from American woman in television and radio, Lucy award and so on. In addition to her many awards she was honored by the American Advertising Federation by inducting her into their hall of achievement. "The Hollywood reporter", one of the most influential magazines in the US, named her as the most powerful woman in the world of entertainment, while Forbes magazine ranked her among the hundred most powerful women in business. In March 2014, Anne Sweeney announced that she was stepping down from her position at Disney to become a television director.