Angelo Mozilo Net Worth: Angelo Mozilo is an American executive who has a net worth of $600 million. He is best known for being the former chairman of the board and CEO of Countrywide Financial. He served as CEO until July 1, 2008, just a few months before the financial crisis.

Angelo Mozilo was born in 1938 in The Bronx, New York City, New York. Countrywide was a pioneer in the nationwide non-bank mortgage industry. When subprime loans came onto the scene in the late '80s (Guardian S&L) and '90s (The Money Store), his company did not participate. He reportedly (privately) described the subprime loan mavericks of the '90s as "crooks". His company, however, was losing business to the subprime lenders and had to compete with them or continue to lose market share. By the early 2000s, Countrywide began using subprime loans in a major way. After the market crash of 2008/2009, Countrywide would go on to symbolize, and bear the blame for, the subprime mortgage crisis.

In a 2008 New York Times feature, Henry G. Cisneros, former secretary of HUD and member of the Countrywide board of directors, described Mozilo as "sick with stress—the final chapter of his life is the infamy that's been brought on him, or that he brought on himself." CNN named Mozilo as one of the Ten Most Wanted: Culprits' of the 2008 financial collapse in the United States, a theory further supported in Inside Job, an Academy Award-winning documentary on the global financial crisis. 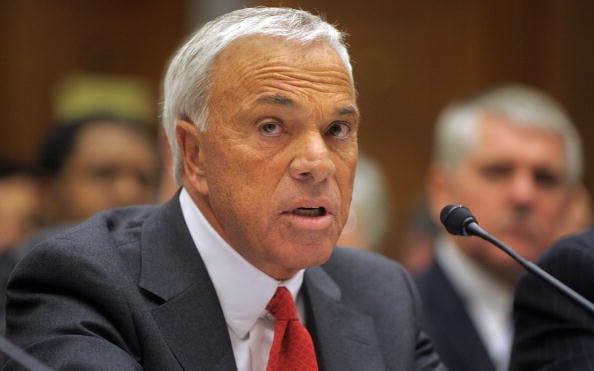 Over many years, Mozilo sold hundreds of millions of dollars in stock, personally, even while publicly touting the stock and using shareholder funds to buy back stock to support the share price.

On June 4, 2009, the U.S. Securities and Exchange Commission charged him with insider trading and securities fraud. The terms of the settlement allowed Mozilo to avoid acknowledging any wrongdoing. Countrywide was to pay $20 million of the $67.5 million penalty because of an indemnification agreement that was part of Mozilo's employment contract. In February 2011, the U.S. dropped its criminal investigation into the facts behind the civil settlement. 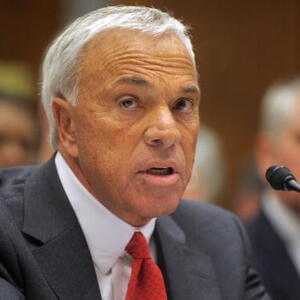