What is Andy Spade's Net Worth and Salary?

Andy Spade is an American businessman and entrepreneur who has a net worth of $200 million. Andy Spade is the co-founder of Partners & Spade and Kate Spade New York. Andy is the brother of actor and comedian David Spade. The late Kate Spade was his wife. His niece through Kate is actress Rachel Brosnahan.

He also co-founded the branding studio Partners & Spade with Anthony Sperduti. Among his other endeavors, Spade has produced feature films with the company Red Bucket Films, and conceives and publishes books with HarperCollins.

Andy Spade was born on Christmas Eve in 1962 in Michigan to Wayne, a sales representative, and Judith, a writer and magazine editor. He has two brothers: Bryan and comedian and actor David Spade. In the late 60s, the family moved to Arizona. There, Spade went to Arizona State University, where he majored in architecture. While in college, he co-founded the advertising firm Spade & Hannawell with his friend. The firm was listed as one of Arizona's Top 10 New Companies in 1987. Following this, Spade got heavily into advertising, working with such brands as Lexus, Coca-Cola, and Paul Stuart.

In 1993, Spade and his business partner Katherine Noel Brosnahan founded the luxury fashion design house Kate Spade New York. Originally, the business exclusively made colorful consumer handbags, primarily for the upper-middle class; it soon extended its inventory to encompass shoes, perfume, stationery, pajamas, raincoats, and various beauty products and other accessories. The company opened its first shop in 1996 in New York City's SoHo neighborhood. Kate Spade New York continued to expand exponentially, and by 1998, its sales were totaling $27 million. The next year, Neiman Marcus Group acquired a 56% stake of the company for $34 million. In 2006, it purchased the remaining 44% stake for $59.4 million. Subsequently, apparel company Liz Claiborne bought Kate Spade for around $124 million. In 2017, Tapestry bought the company for $2.4 billion. 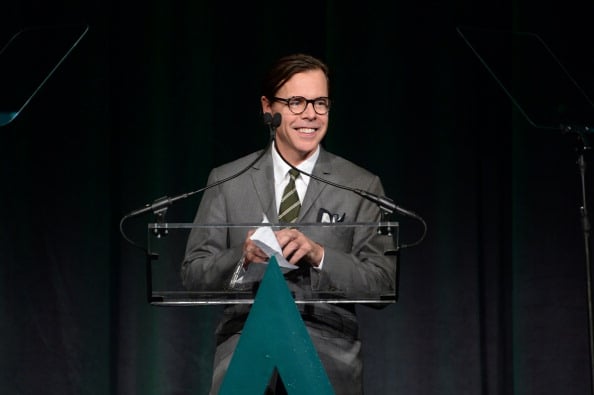 In addition to its more than 180 stores around the world, Kate Spade New York also maintains outlet locations throughout the United States. Moreover, its products are sold in major department stores such as Macy's, Nordstrom, and Bed, Bath and Beyond. In early 2017, the brand debuted an exclusive collection with Williams Sonoma that included glassware, flatware, and dinnerware. The company also had a separate brand for men called Jack Spade, which featured bags, wallets, phone cases, watches, and various menswear. All Jack Spade stores were officially closed in early 2015.

In 2008, along with his business partner Anthony Sperduti, Spade founded the branding studio Partners & Spade. The company operates across a wide range of disciplines, including advertising, design, and retail concepts. It has a storefront on Lafayette Street in Manhattan's NoHo neighborhood. On the brand development side of things, Partners & Spade launched the loungewear line Sleepy Jones, which was inspired by the lifestyles of artists including Pablo Picasso and David Hockney. The company also helped launch the men's grooming products line Harry's. In the marketing department, Partners & Spade conceptualized and designed J.Crew's inaugural menswear shop in Tribeca, and developed and produced the first national advertising campaign for Whole Foods.

Partners & Spade has also been involved in the film industry. Notably, it produced the short film "The Black Balloon," which won a prize at the 2012 Sundance Film Festival. Along with Red Bucket Films, it helped conceive the story for the independent drama "The Pleasure of Being Robbed," the directorial debut of Josh Safdie. Partners & Spade also produced the documentaries "Paperboys," by Mike Mills, and "Dimmer," by Talmage Cooley.

In 1994, Spade married his business partner Kate Brosnahan, with whom he had co-founded Kate Spade New York the year prior. Incidentally, both were born on the exact same date and year. The couple had a daughter named Frances in 2005. In June of 2018, Kate committed suicide in her Manhattan apartment after struggling for years with depression and anxiety. At the time of her death, Andy announced that they had been living separately, but were still close to one another. 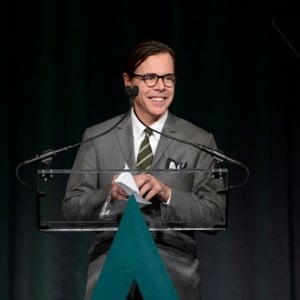