Andy Dunn Net Worth: Andy Dunn is an American entrepreneur and businessman who has a net worth of $100 million. Andy Dunn was born in February 1979. He grew up in Chicago, Illinois and graduated from Northwestern University in 2000 and later earned his MBA from Stanford Graduate School of Business in 2007.

Dunn is the CEO of Bonobos Inc. which is the parent company of Bonobos apparel and Maide golf. Dunn has been the CEO since he co-founded the Bonobos brand in 2007. Dunn launched the golf apparel brand Maide under Bonobos Inc. in 2013. In 2011 he co-founded the angel investment firm Red Swam Ventures which focuses on internet companies. Dunn worked as a consultant for Bain & Company from 2000 until 2003. He consulted for Lands' End which helped inspire him for the direct-to-consumer model of Bonobos. He worked as a private equity analyst at Wind Point Partners in 2003. Dunn founded Bonobos in 2007 with fellow Stanford Business School graduate Brian Spaly with the goal to prove men with better fitting clothes. They initially launched with khakis that eliminated "Khaki Diaper Butt" and have expanded. Andy was named to Crain's New York Business' Forty under 40 in 2013. 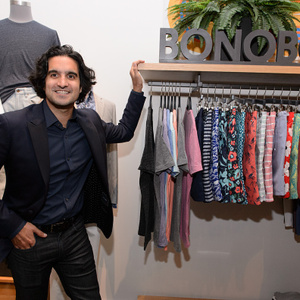