Andrew Mason Net Worth: Andrew Mason is an American businessman who has a net worth of $200 million. Andrew Mason earned fortune and fame as a co-founder of daily-deal coupon company Groupon.

Mason was born in Mt. Lebanon, Pennsylvania and attended Northwestern University, receiving a Bachelor's degree in music. Prior to becoming a public company, Groupon raised an estimated $950 million from venture capital firms. Out of that $950 million, $810 was paid out to early investors and high level executives. At the time, Groupon's co-founder and CEO Andrew Mason withdrew $30 million from the investment round. Angel investor Eric Lefkofsky took out $320 million. around this time Mason and Lefkofsky notoriously rejected a $6 billion buyout offer from Google. While many outside investors were skeptical of this move, the company's Venture Capitalists set their sights on the anticipated November 2011 IPO. At the time of the IPO, Groupon shares debuted at $26 and Mason and Lefkofsky became an instant billionaires. Andrew Mason's net worth soon topped $1.4 billion when the share price peaked at $31.1. Eric Lefkofsky's net worth peaked at $3.4 billion. Unfortunately, in the 1.5 years that Groupon has been a public company have been a disaster. The company has experienced several accounting irregularities and a significant drop in revenue. Groupon has lost around 80% of it's value since going public. The value of Andrew Mason's 45,934,504 shares of GRPN have plummeted from an all time high of $1.2 billion to $230 million today. That's a $1 billion drop in net worth! On February 27th, 2013, Andrew Mason was fired from Groupon. 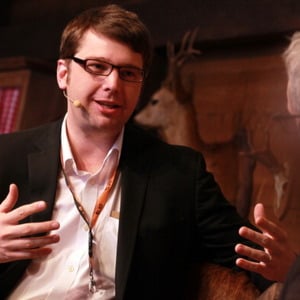