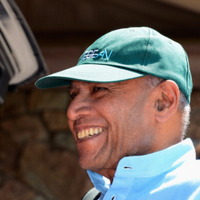 Ananda Krishnan net worth: Ananda Krishnan is a Malaysian businessman who has a net worth of $11.8 billion dollars. Born in Kuala Lumpur, Malaysia, Ananda Krishnan, also known as Tatparanandam Ananda Krishnan, studied at Vivekananda Tamil School, then went on to Victoria Institution, and subsequently earned his Bachelor's Degree at the University of Melbourne in Australia. He then went on to Harvard Business School in the early 60s, and earned his MBA. He formed a consultancy group in the late 60s, and then expanded into oil drilling, launching his own company called, Exoil Trading. From there, he expanded into gambling. In the 80s, he was part of the team that organized "Live Aid", and from there, he quickly created a sizeable multimedia presence. Since the early 90s, he has controlled two major telecommunications companies, Maxis Communications and MEASAT Broadcast Network Systems. He is the Chairman and CEO of Usaha Tegas Group Holdings and TAK Corporate Holdings, and is known for his philanthropic work with schools throughout Malaysia.