Alli Webb net worth: Alli Webb is an American entrepreneur who has a net worth of $100 million. Alli Webb is best known for founding the Drybar chain of salons in 2008. She started a side business providing an in-home hair experience called Straight At Home. She co-founded Drybar with her husband Cameron Webb who was the Creative Director at Secret Weapon Marketing and her brother Michael Landau who was the Vice President of Brand Marketing at Yahoo!.

Other investors in Drybar included former CEO of GAP and President of Disney Paul Presser and founder and former CEO of Laura Mercier Cosmetics Janet Gurwitch. The salon's motto is "No cuts. "No cuts. No color. Just blowouts. The salons are designed like bars with cashiers being called bartenders and hairstyles named after cocktails. In 2018 Drybar had more than 100 locations and 3,000 employees. The company reportedly generates $100 million in revenue and is valued at $100 – $200 million. Drybar products have been sold in Sephora and on QVC. 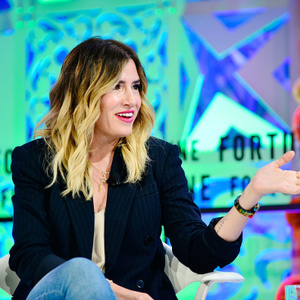