Allan Zeman net worth: Allan Zeman is a German-born Canadian businessman who has a net worth of $1 billion. Allan Zeman was born in Regensburg, West Germany, and grew up in Montreal, Quebec. He began working to help support his family when he was ten years old, and subsequently dropped out of college to work full-time.

He began working in the Canadian lingerie industry, and had amassed $1 million in profits by his 19th birthday. He subsequently relocated to Hong Kong. He founded Colby International Group, a clothing exporting company, in the mid-70s. He sold the company in 2000 for a hefty profit. He also launched Lan Kwai Fong Concepts Holdings Ltd, an entertainment and property development firm that now controls multiple major restaurants in Hong Kong, and an entire block of clubs, hotels, and bars. Zeman famously paid $32 million for the area that became Lan Kwai Fong. Today, that same square block is worth more than $500 million. He is also the CEO of Ocean Park, a large resort and theme park. Remarkably, Ocean Park has managed to be considerably more profitable than Hong Kong Disneyland. That has earned him the local nickname "Mouse Killer". 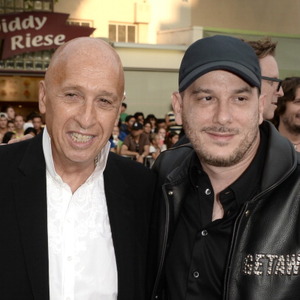