Ali Haddad net worth: Ali Haddad is an Algerian businessman who has a net worth of $300 million. Ali Haddad was born in Azeffoun, Algeria in January 1965. He is the Chief Executive Officer of the construction company ETRHB Haddad. He is also the president and majority shareholder of Algerian Ligue Professionnelle 1 team USM Alger.

Haddad also owns the private TV channels Dzair TV and Dzair News and the newspapers Le Temps d'Algerie and Wakt eldjazair. He spent 700 million Algeria dinars to purchase 83% of the USM Alger soccer team in 2010 and became the president of the club the same year. Haddad graduated from the University of Tizi-Ouzou. 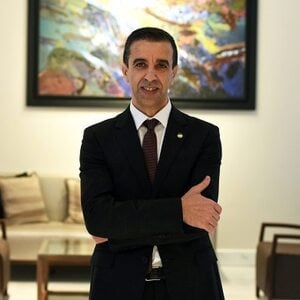